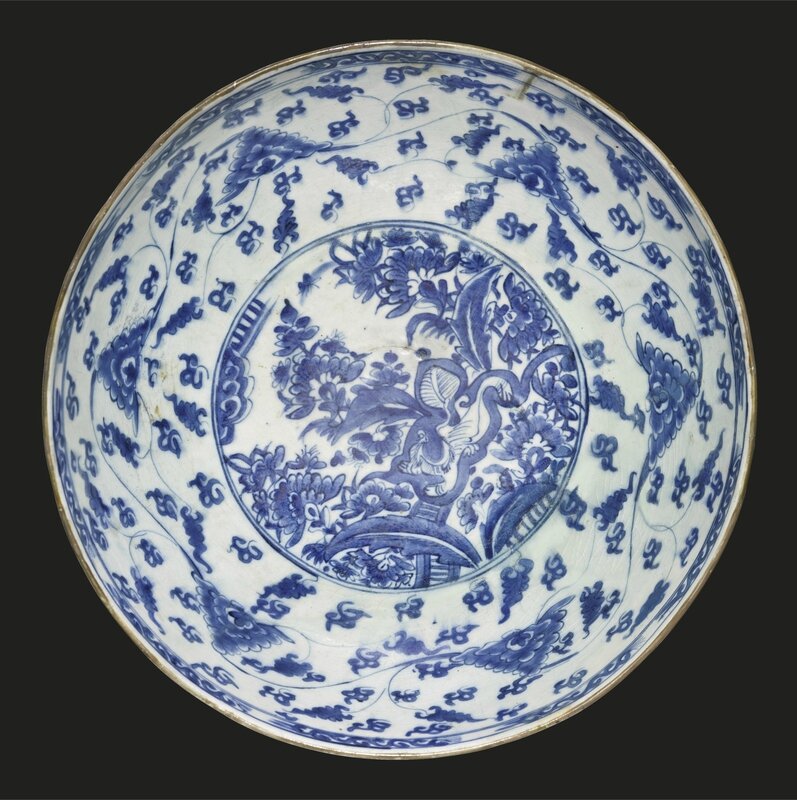 of deep rounded form on a short foot, decorated in shades of underglaze blue, the interior with a stylised dragon in a foliate landscape in the central well, vegetal stems and leafy motifs along the sides, the exterior with repeat motifs of a stylised quadruped amidst a lush vegetal landscape; 17.7cm. height. 40cm. diam.

Note: Persian craftsmen of the Safavid era integrated many Chinese designs into their artistic repertoire. Heavily influenced by Chinese export wares of the late Wanli period with their flowers and large birds, the Persian potter adopted and adapted long-standing popular Chinese motifs such as the dragon, of which a stylised and abstracted version appears on the present bowl.