The globular jar is decorated around the exterior with four shaped cartouches divided by scrolling flowers and foliage, each enclosing a five-clawed scaly dragon amidst stylised clouds.

Note: See a similar Wanli mark and period blue and white jar which was sold at Sotheby's London, 10 November 2010, lot 27. 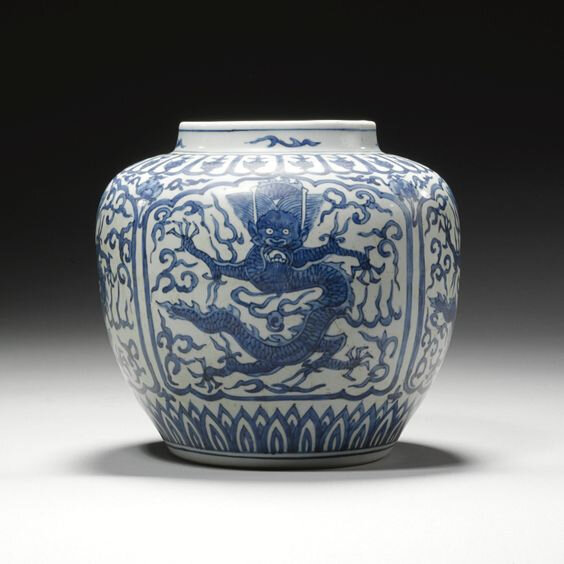 the baluster body rising from a recessed base to a short waisted rim, painted around the exterior with four arched panels of frontal facing five-clawed dragons writhing amongst flame scrolls, all between a lappet collar at the shoulder and a band of stiff leaves at the base.

Commentaires sur A rare blue and white 'dragon' jar, Wanli six-character mark and of the period (1573-1619)