DALLAS, TX.- The first luxury accessories auction of the season will capture the attention of any collector or lover of Hermès and high-end handbags with a unique offering during the Winter Luxury Accessories Auction Feb. 2-3 in New York City.

One handbag that is expected to receive much warranted attention will be the Hermès 30 cm Matte White Himalayan Nilo Crocodile Birkin bag (est. $60,000-80,000). The white Himalayans are the most prized coloration for Hermès bags and this item is in pristine condition. It includes Palladium hardware, a flap top with turnlock closure as well as two keys, lock and clochette.

"Hermès is the hands-down leader in the luxury accessories category for handbags. The exclusive nature of this product line, especially the Birkin and Kelly handbags, makes the Winter Luxury Accessories event a great opportunity for discerning buyers and collectors," said Diane D'Amato, Director of Luxury Accessories at Heritage.

A limited-edition Hermès Ghillies Birkin in pristine condition (est. $60,000-80,000), which is the first to be done entirely in crocodile making it an extremely rare piece also will be available. Beside a multitude of Hermès options, one of the rarest colorations of the Petit Malle bag by Louis Vuitton (est. $3,000-4,000), - reportedly one of only 13 produced will be available. 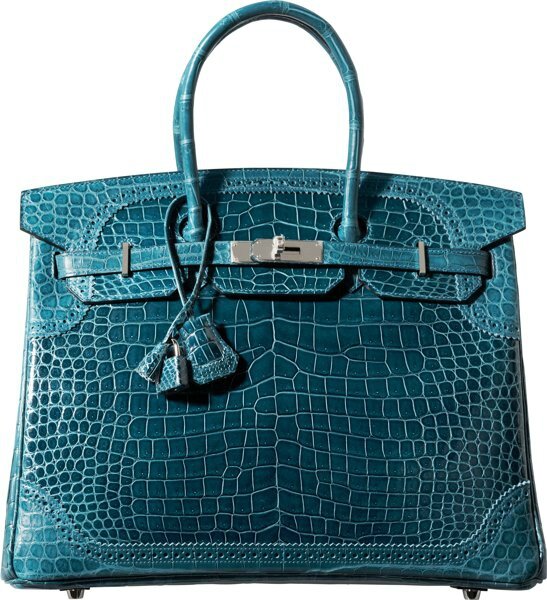 Other handbags that surely will draw much attention during the event include but are not limited to: 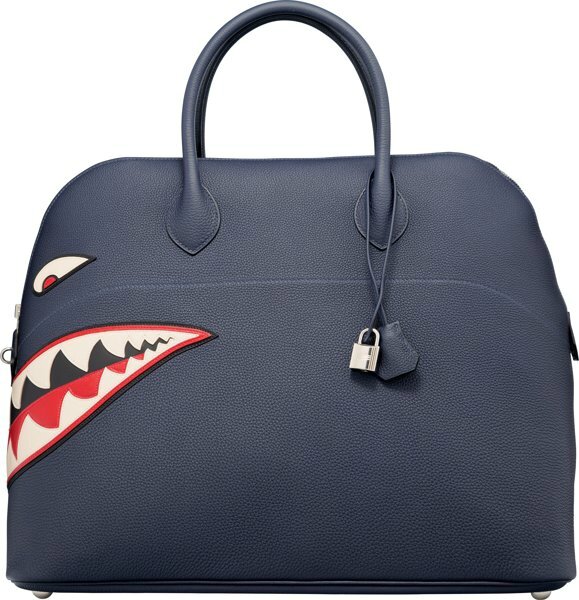 One of the most eye-catching bags in the offering will be the Hermès Customized 28 cm Black Calf Box Leather & Toile Retourne Kelly Bag with Gold Hardware (est. $6,000-8,000) which features custom hand-painted artwork on the front Toile panel depicting a Tiger, and the rear Toile panel featuring a hand-painted serpent. The bag is signed "MB 5" on the left gusset under the Sangle. Please note Hermès did not create this artwork and was not involved with the custom painted design on this lot.