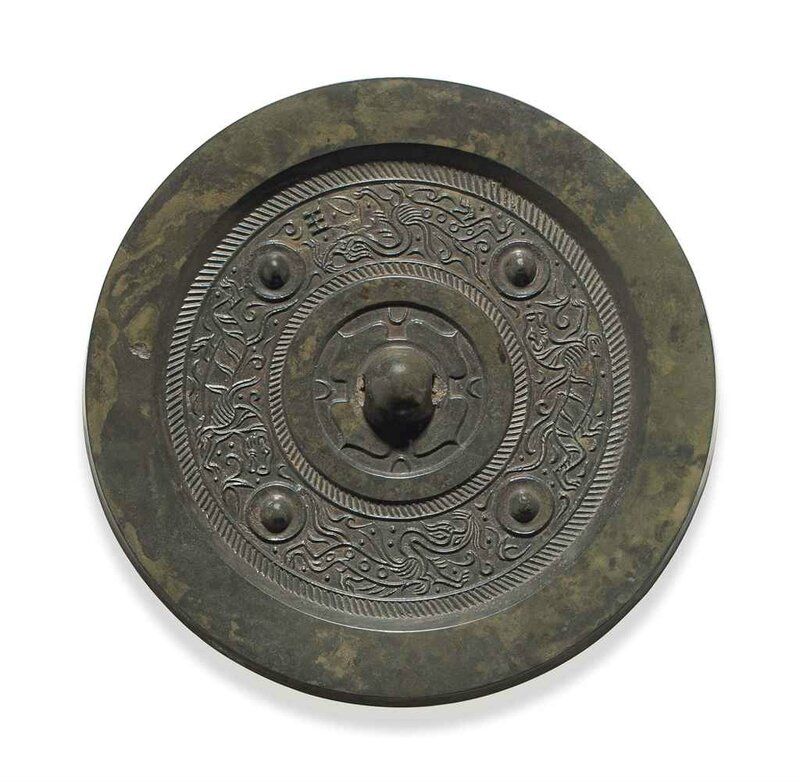 Crisply cast, the knob rising from a quatrefoil with crescents between, within a plain band and a band cast in thread relief with two dragons, one with a wang character, alternating with two tigers, all racing between four nipples between hatchured borders below a plain rim - 5½ in. (14 cm.) diam., ¼ in. (.5 cm.) thick, box - 540.2g

Notes: A similar mirror of comparable size is illustrated by Ju-hsi Chou in Circles of Reflection: The Carter Collection of Chinese Bronze Mirrors, The Cleveland Museum of Art, 1990, p. 40, no. 21. Another similar mirror excavated from a later tomb of Southern Dynasties date (420-589) is illustrated in "Guangxi: Rongan Anning Nanchao Tomb Excavation Report," Kaogu 1984:7, p. 631, fig. 5.