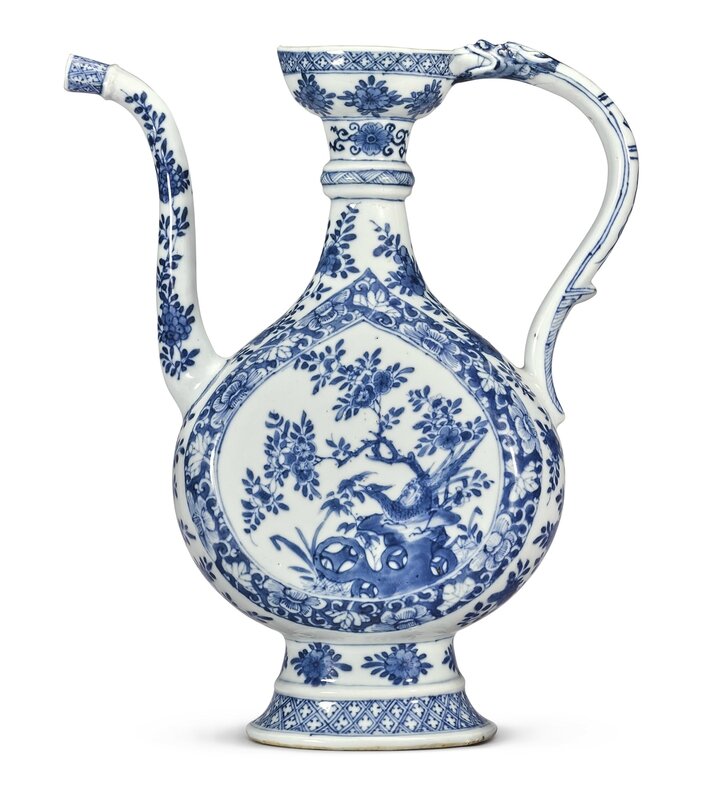 the flattened pear-shaped body rising from a spreading foot to a waisted neck with a raised band and cupped mouth, the dragon-form handle set opposite the S-curved spout, the front and back each with a teardrop-shaped panel enclosing a 'pheasant and rockwork' vignette bordered by scrolling peonies against a blue ground, the sides and spout with flowering boughs, further foliate decoration at the neck, mouth, foot, and spout, coll. no. 290.

Note: The elegant attenuated form of the present ewer is most likely derived from a Middle Eastern metal prototype. These vessels, often with a matching basin, were used primarily for ceremonial ablutions. While derived from an Islamic form, these ewers were successfully assimilated and adapted for the domestic market which valued them for their exoticism. A similar blue and white Kangxi period ewer in the Victoria and Albert Museum, London is illustrated in Rose Kerr and Luisa E. Mengoni Chinese Export Ceramics, London, 2011, pl.154.