ZURICH.- From 20 April to 15 July 2018, visitors to the Kunsthaus Zürich can look forward to ‘Fashion Drive. Extreme Clothing in the Visual Arts’. More than 230 works – including everything from slashed clothing and codpieces to haute couture and street wear – testify the many ways artists have viewed, commented on and shaped the world of fashion through the centuries.

The exhibition spans art in multiple media from the Renaissance to the present day, with paintings, sculptures, installations, prints and watercolours, photographs, films, costumes and armour by some sixty artists. ASTONISHING LOANS MAKING THEIR SWISS DEBUT
Curators Cathérine Hug and Christoph Becker have secured the loan of some truly eye-catching exhibits, including a set of Austrian folded skirt armour from around 1526 that has never before been seen in Switzerland. Works by the English School are also leaving their homeland for the first time; others, like the painting by Robert Peake depicting the ‘Gentlewoman of the Privy Chamber to Queen Elizabeth I’ (around 1600) in a lavishly embroidered silk dress, have only recently emerged from private collections. A BALANCED, CRITICAL VIEW
The exhibition gives equal weight to male and female fashions, and includes a strong element of critique. Caricatures from the Lipperheidesche Kostümbibliothek costume library in Berlin take aim at the fashionistas and designers of the 19th century, while ‘high art’ comes under scrutiny too, as Jakob Lena Knebl (b. 1970) clothes sculptures by Maillol and Rodin that otherwise proudly display their nakedness. Artists and audiences know full well that there are two sides to fashion – or rather, the fashion business: inspiration, innovation and individual self-empowerment on the one, exclusion and profligacy on the other. The arrangement of works at the Kunsthaus reflects these subtle distinctions. 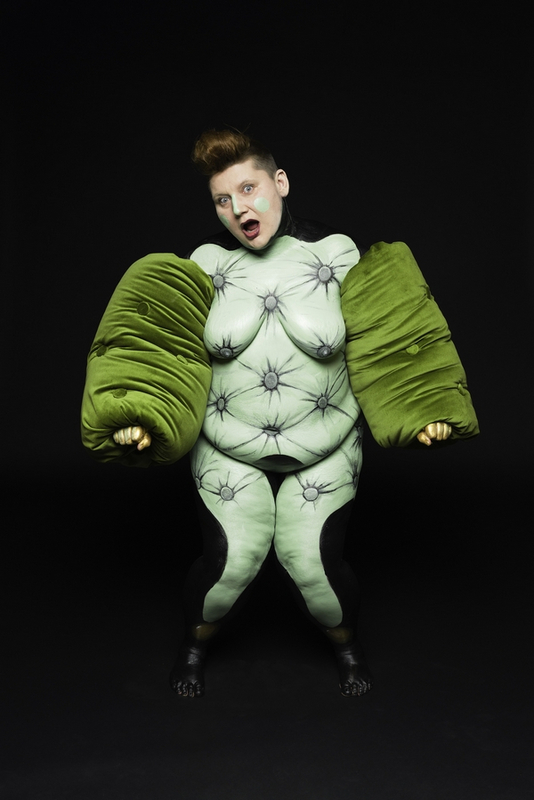 RENAISSANCE AND BAROQUE
The presentation opens with magnificent paintings from the 16th century. In the Renaissance, slashed clothing and codpieces were all the rage; indeed the appeal of ripped garments, which has its origins in that era, is still with us to this day. The subsequent Baroque period saw the ruff vie with the décolleté: in contemporary portraits of introvert and extrovert personalities they represent enlightenment and the rejection of constraints imposed by religion and social status. Monarchs such as Elizabeth I and Louis XIV were among the first rulers to achieve global status, and they systematically employed their wardrobe to project and consolidate their power. They were imitated throughout Europe, including Switzerland. 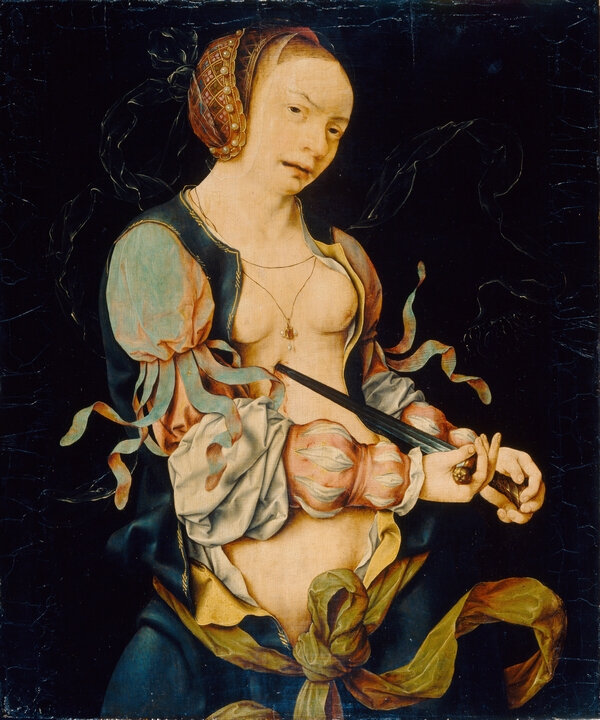 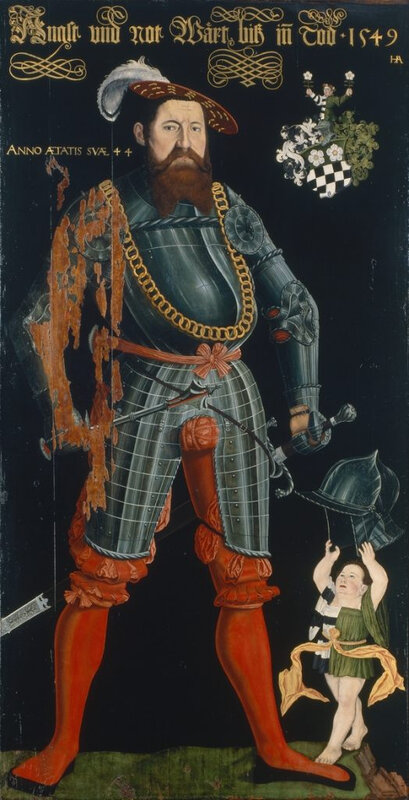 ROCOCO AND THE FRENCH REVOLUTION
The section on Rococo to the French Revolution shows how fashion and design blend into a hedonistic lifestyle from which others are excluded. The phenomenon of artists inspiring fashion is already in evidence here: the idiosyncratic pleat of the gown at the back of the shoulder is named after the painter Antoine Watteau! These innovations and extremes are strikingly illustrated in the paintings of Marie-Antoinette, the female ‘Merveilleuses’ (‘Marvellous Ones’) and their male counterparts, the ‘Incroyables’ (‘Unbelievables’). FIRST EMPIRE AND CONGRESS OF VIENNA
The First Empire and the Congress of Vienna that ended it see a reversion to older values. Service uniforms appear alongside military in the art of the time. Influential salon ladies such as Juliette Récamier have their portraits painted, inspiring their circle not only to invest in new furniture but also to adopt a neoclassical appearance. Napoleon may have fallen, but Paris still dictates what is fashionable. At the same time, the exhibition sheds new light on the significance of the Congress of Vienna (1814–15) to Europe’s new order. For the first time, powerful rulers turn up accompanied by their wives. Negotiations are conducted, but even more energy is devoted to festivities, which require a wardrobe to match and create plentiful work for local producers. The forms and techniques of the tailor’s art are present in everything from depictions of martyrs to the poses of victors. PROGRESSION AND REGRESSION IN THE ERA OF INDUSTRIALIZATION
Visitors with a keen eye for nuances can try to spot the details in academic painting that distinguish the gentleman from the dandy. While such male types are considered modern, remarkably, ladies of the era revert to wearing the crinoline. Artists respond with a mixture of perplexity and amusement, readily visible in the paintings of Édouard Manet, Félix Vallotton, Contessa di Castiglione and, today, John Baldessari in which representation tips over into caricature. 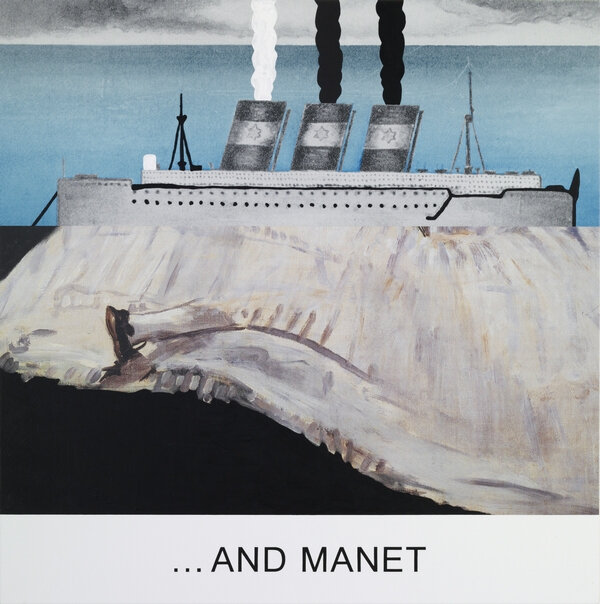 FASHION SETS STANDARDS
Consequently, the liberation of the body at the start of the 20th century does not come as a surprise. Fashion is opened up to a wider audience as it becomes affordable and is sold in department stores. Progressive artists such as Gustav Klimt and Emilie Flöge, Henry van de Velde and the Futurists Giacomo Balla and Filippo Marinetti all design clothes. Just as they tried to do with language, the Dadaists redefine the purpose of clothing. Man Ray and Erwin Blumenfeld narrow the gap between art photography and fashion photography, and Russian and French avant-gardists Natalia Goncharova and Sonia Delaunay respond with designs of their own. Ornament becomes fashionable and is woven or printed into both Art Nouveau imagery and clothing. Now the initially idealistic marriage of art and fashion has taken on a commercial dimension. Fashion designers and Pop Artists are linked by the cult of personality: both employ icons and use strident, bold symbols and slogans, as the works of James Rosenquist, Andy Warhol and Franz Gertsch testify. Youth cultures and subcultures become as inspirational for artists as they are for fashion designers. Fashion is now very much a material for artists. BEYOND FASHION. A NEW REFLECTIVENESS
From haute couture via prêt-à-porter to fast fashion: the final section of the exhibition spans the arc to sustainability and post-human visions. Artificiality, the (de)construction of the body and a critique of the cult of brands are the hallmarks of 21st-century artistic production. Since Michelangelo Pistoletto, a young generation has been using installations, performances and videos to argue the case for ethically, ecologically and politically sustainable behaviour. THE POINT OF IT ALL: FASHION AND WHAT IT MEANS
In this exhibition, the Kunsthaus Zürich sets out to synthesize and invite reflection on several centuries of art, fashion and social history and transform them into a sensual experience. Works from past eras are presented in surprisingly fresh ways, enabling visitors to rediscover their original meaning in a present-day context. Organized as part of the Festspiele Zürich, this attractive, humorous and instructive show is spread over 1000m2 and is accompanied by a publication and events. A catwalk full of potholes! May-Thu Perret: Flow My Tears I, 2011. Mannequin with glass head, copy of Elsa Schiaparelli's skeleton dress after a design by Salvador Dalí, 1938, made by Naoyuki Yoneto, 175 x 70 x 70 cm. Courtesy of the artist and gallery Francesca Pia, Zurich © Mai-Thu Perret