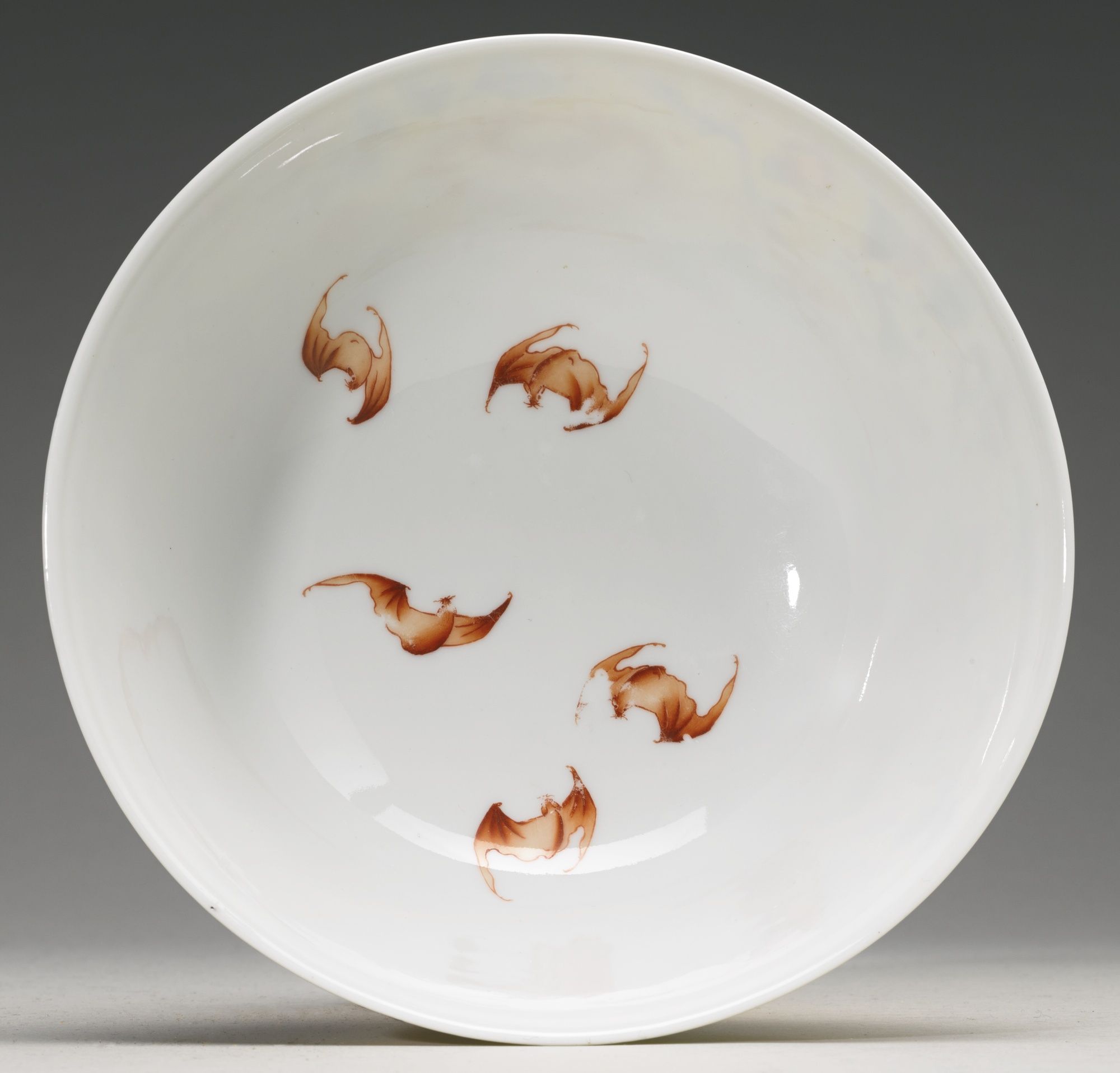 the deep rounded sides rising from a short straight foot to an everted rim, brightly enameled around the exterior with a frieze of exotic flowers including day lily and chrysanthemum, all reserved on a bright rich yellow ground, the interior with five iron-red bats (wufu) in flight, four-character seal mark enameled in blue within double squares.

Note: Bowls of this type from the Qianlong period are usually found either with underglaze blue seal marks or with four-character seal marks in blue enamel such as the one seen on the present pair. Another pair of bowls with almost identical marks was in the Bahr Collection, illustrated in Old Chinese Porcelain and Works of Art in China, London, 1911, p. 137, pl. XCVI (left and right), and later sold in our Hong Kong rooms as part of the Paul and Helen Bernat Collection, 15th November 1988, lot 32.

Yellow-ground enameled famille-rose bowls with this pattern on the exterior, and five iron-red bats on the interior appear to have been made in large quantities as early as the second year of the Qianlong reign, as noted by the Palace Museum in The Complete Treasures of the Palace Museum: Porcelains with Cloisonné Enamel Decoration and Famille Rose Decoration, Hong Kong, 1999, p. 205, no. 181.  See another bowl with similar design but with a six-character seal mark in underglaze blue in the British Museum illustrated in H. Moss, By Imperial Command, Hong Kong, 1976, pl. 6.