ROME.- The Lucio Fontana. Earth and Gold exhibition, curated by Anna Coliva, is dedicated to two specific modes of Lucio Fontana’s production, ceramics and paintings, selected among his Crucifixes and his works employing gold, respectively. Fontana is the first twentieth-century Italian artist to be exhibited inside the Museum, after the retrospectives dedicated to great figures such as Bacon, Giacometti, and Picasso, to continue the series of exhibitions conceived to familiarize visitors with the Galleria Borghese through the sheer vividness of the works, and not only through captions and explanations.

There are about fifty works – executed mainly in the decade between 1958 and 1968 – mounted in an itinerary that includes two rooms on the sculpture floor and six rooms in the painting gallery. 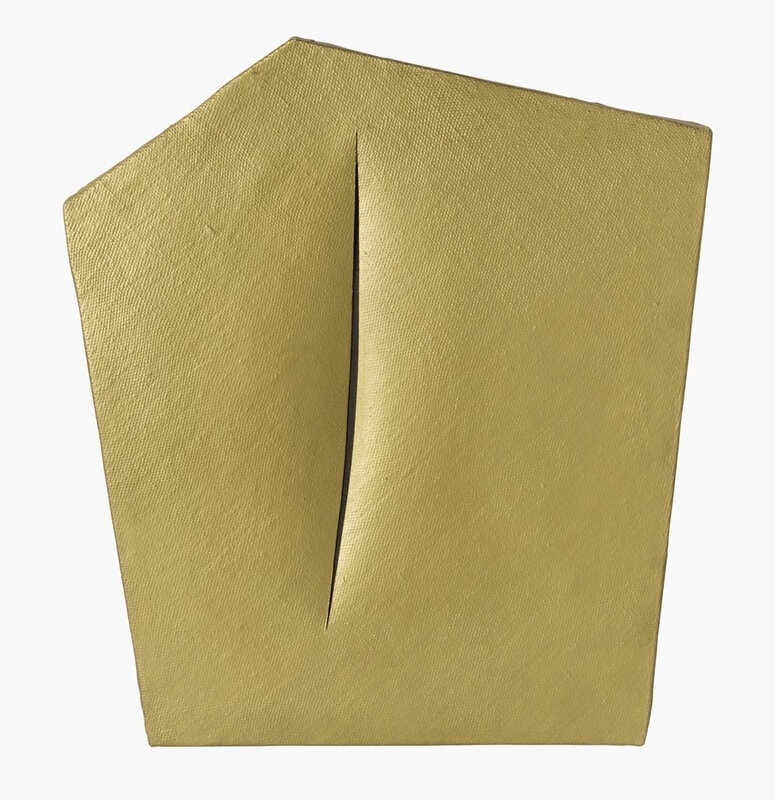 The exhibition is part of the research project on key concepts of the collection and the place. Fontana is invited to a relationship with the Galleria as a subject in himself, a distinctive and specific artistic figure. The Museum expresses spaces the perception of which can continually renew itself through the ways in which the statuary, the painted surfaces, and the extension of taste in collecting contribute to the configuration of the setting: all concepts that underwent radical innovation inside it with the birth of the Baroque and then of Neoclassicism, thanks to the complex relations that established themselves among different periods of the evolution of aesthetics.

Only the greatest innovator of space in modern art, Lucio Fontana, could fix the spectator’s eyes on the ingenuity of the place as space – on the cognitive importance of each single invention of space in works such as Titian’s Sacred and Profane Love, Raphael’s The Deposition, Caravaggio’s Madonna and Child with St. Anne, Antonello da Messina’s Portrait of a Man, Dosso Dossi’s Melissa, and Gian Lorenzo Bernini’s sculptures. 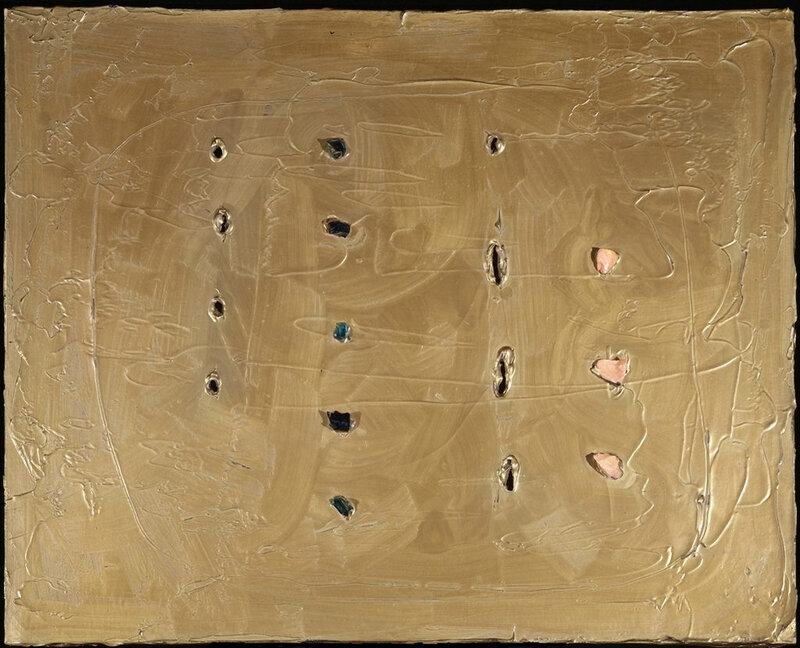 In an extraordinary set of works from the different eras along the path of art history, where space – the paramount problem of figurative art from the beginning – is “represented” in the most varied and innovative way, only Fontana is able to demonstrate the final achievement of his representation, because Fontana does not represent space; he creates it. He goes radically beyond representations of space that were spatial pretence – “represented” space – and constructs new space.

The concrete place of the real – the one in which all of us interact with the works, our physical environment – is no longer opposed to ideal space, defined in itself and something else, which is that of the artwork, but merges with it through the slashes on the canvases. The result of creating a different dimension is further highlighted in Fontana’s gold paintings, where the physicality of the place in which the spectator lives and that of the work blend together; where it acquires the additional metaphysical characteristic signified by gold in ancient painting. Gold is not a colour, but a supreme and anti-naturalistic abstraction. It is brought into a context, the Galleria Borghese, in which the infinite chromatic variety and the multiplicity of themes and subjects penetrate and inform all the space. Thus, gold no longer in the Baroque sense of the maximum glorification of ornamentation, but rather the structural apex of form whose visual and compositional material encloses light itself, in its synthetically physical and aesthetic interpretation. Gold as a component that, as happens in classical Antiquity, the Early Christian era, the Middle Ages, and the Renaissance, is a synthesis of light and space.

In order to emphasize the revolutionary aesthetic and conceptual relationship that the Galleria is initiating with Fontana’s gold Spatial Concepts, the latter will be displayed together with a series of his ceramic Crucifixes, all of which are deeply shaken by an unseemly shiver out of the Baroque and where, in effect, the spatial idea is still treated as “representation”, as in classical works, not with the disruptive solution it will have in the “holes” and “cuts”. To highlight the great difference between the treatment of space in old art and the explosive significance of the new dimension conquered by Fontana with cuts and holes, the modern paintings are mixed with the permanent collection in the painting gallery, while the ceramics are displayed on the floor dedicated to sculpture in a visual perspective where they stand out against the backdrops of the room, together with the mosaics and the ancient-Roman and Baroque marbles.

The exhibition catalogue, published by Silvana Editoriale, contains an introduction by Anna Coliva and an essay by Germano Celant. 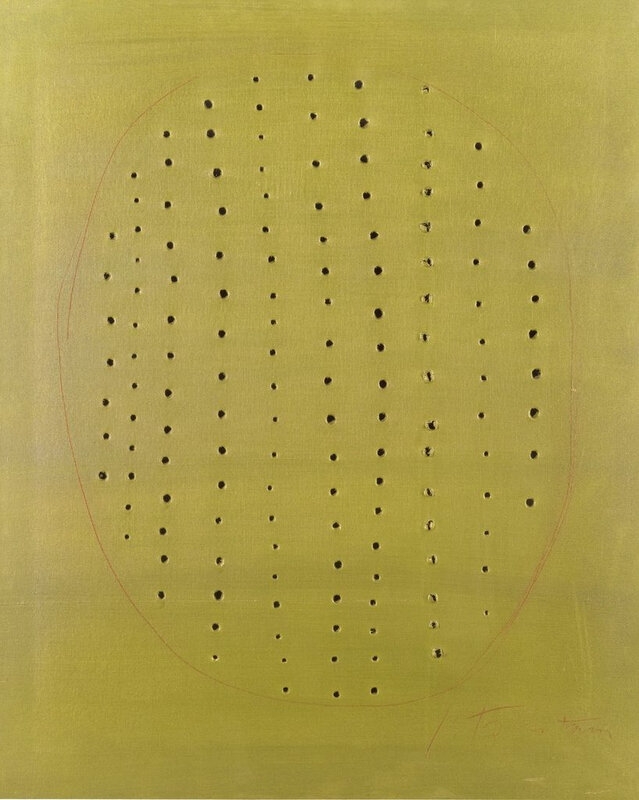