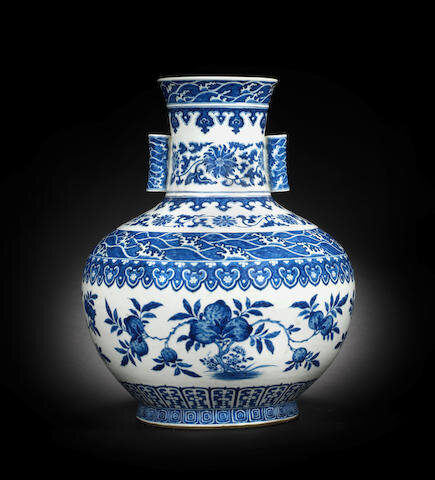 Sturdily potted with a broad bulbous body brightly painted with leafy sprays of fruiting peach, pomegranate and finger citron above stiff lappets at the foot and beneath a band of ruyi head below foaming waves below stylised floral and foliate meanders, the neck also with flowers on foliate scrolls flanked by two tubular handles painted with waves, a further band of waves beneath the slightly flaring rim.

Provenance: acquired by the father of the present owner, who was the Pakistan Ambassador to Beijing until June 1966