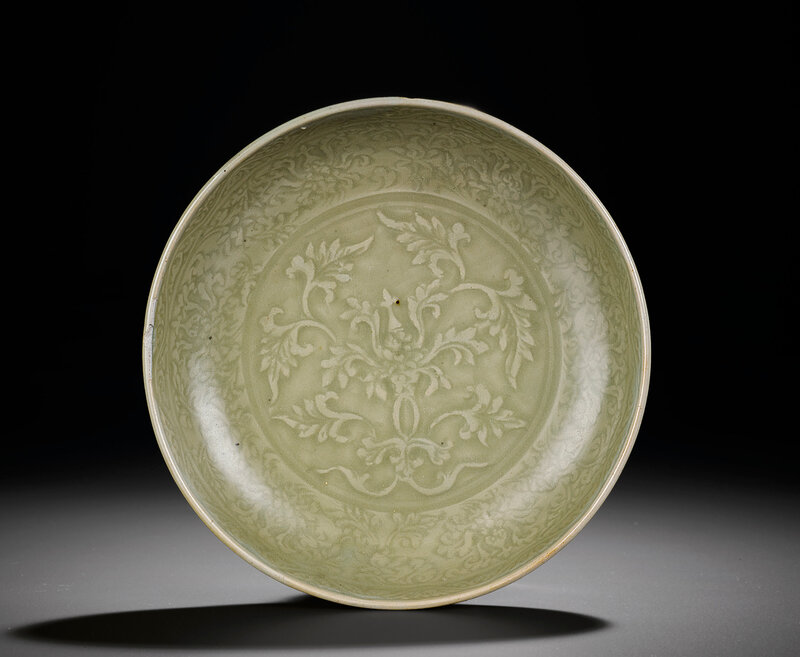 The dish with rounded sides supported on a short foot is crisply moulded with a single stylised lotus spray in the centre, surrounded by a band of lotus blooms on the well beneath a classic scroll band at the rim. The exterior is further moulded with a scrolling lotus above a keyfret band at the foot. It is covered overall with an olive-green glaze with the exception of a ring on the base exposing the biscuit body., box.

Christie's. Important Chinese Ceramics and Works of Art (Including The Su Zhu An Collection of Inkstones),  Hong Kong, 27 November 2013