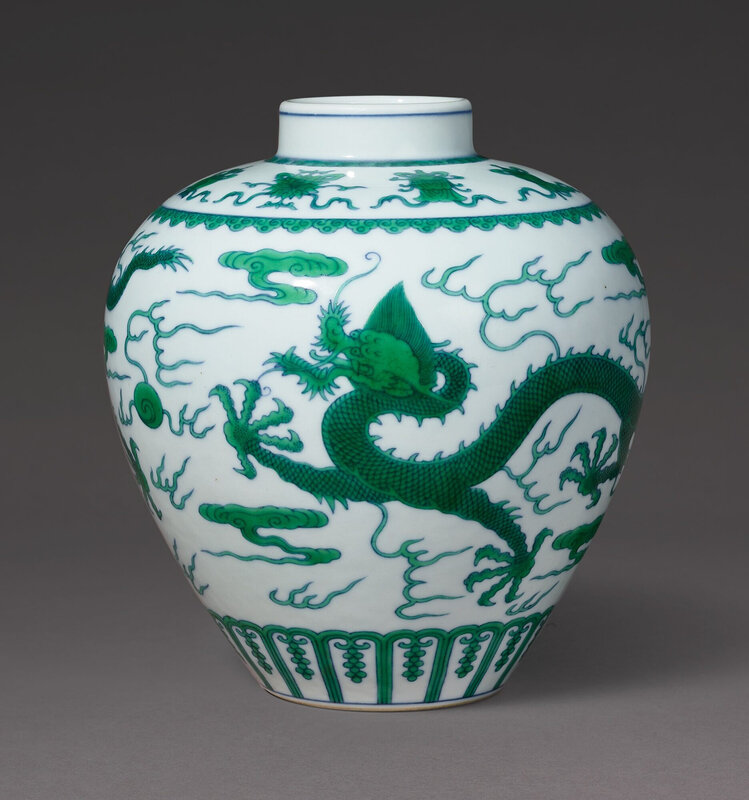 well potted with a tapering ovoid body rising from a recessed base to a rounded shoulder and a short neck, painted to the exterior in rich tones of green enamel with two striding five-clawed dragons in pursuit of flaming pearls amidst stylised clouds and flames, above a band of lappets at the foot, beneath a wide band of the bajixiang ('Eight Buddhist Emblems') on the shoulder with a further ruyi-head and scroll band all between single lines in underglaze blue, the base with a six-character seal mark in underglaze blue.

The combination of green enamel on a white ground was first produced during the Chenghua period and the green dragon motif continued to adorn dishes and bowls throughout the Ming dynasty. This design was adopted by potters working during the Kangxi reign to decorate jars and remained popular throughout the Qing dynasty; see a Kangxi prototype, from the Qing Court collection and still in Beijing, published in The Complete Collection of Treasures of the Palace Museum. Porcelains in Polychrome and Contrasting Colours, Hong Kong, 1999, pl. 190.