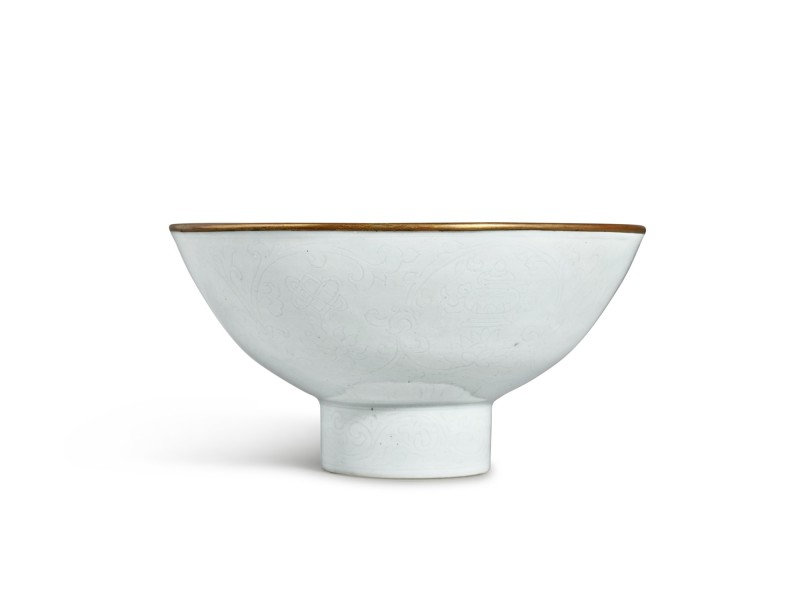 well potted with deep rounded sides rising from a cylindrical foot to a metal-bound rim, faintly incised to the exterior with the 'eight Buddhist emblems', each emblem encircled by a scrolling lotus stem meandering around the vessel, all above a border of petal lappets and a band of foliate scroll at the foot, covered overall with a blue-tinged white glaze, the center of the interior with a six-character mark in underglaze blue within a double circle.

Provenance: Collection of E. E. Shahmoon.
Sotheby Parke Bernet, New York, 16th-17th January 1976, lot 333.
Acquired by the grandfather of the present owner from the above, and thence by descent.