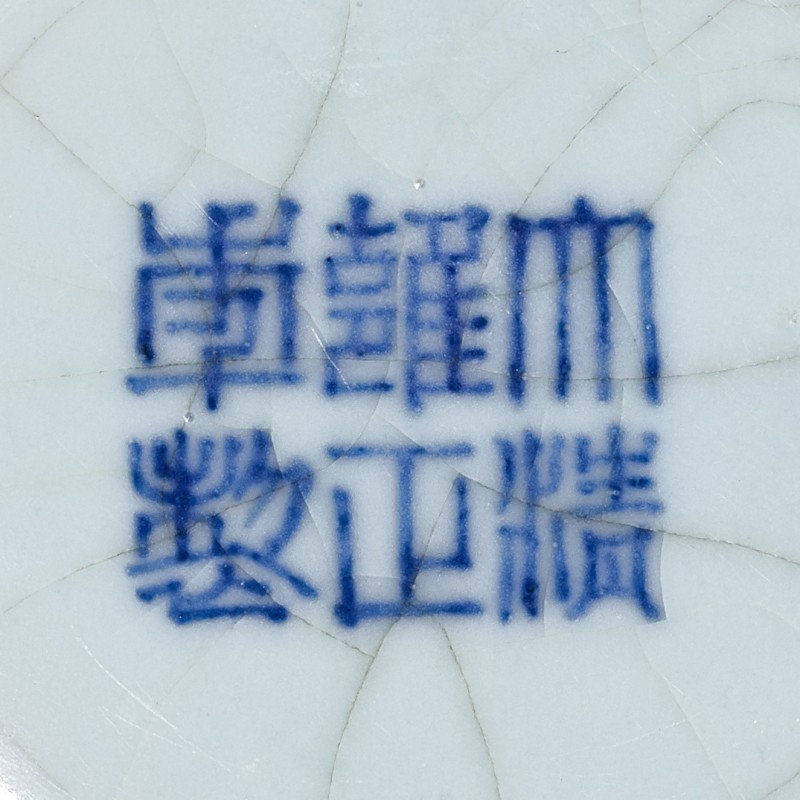 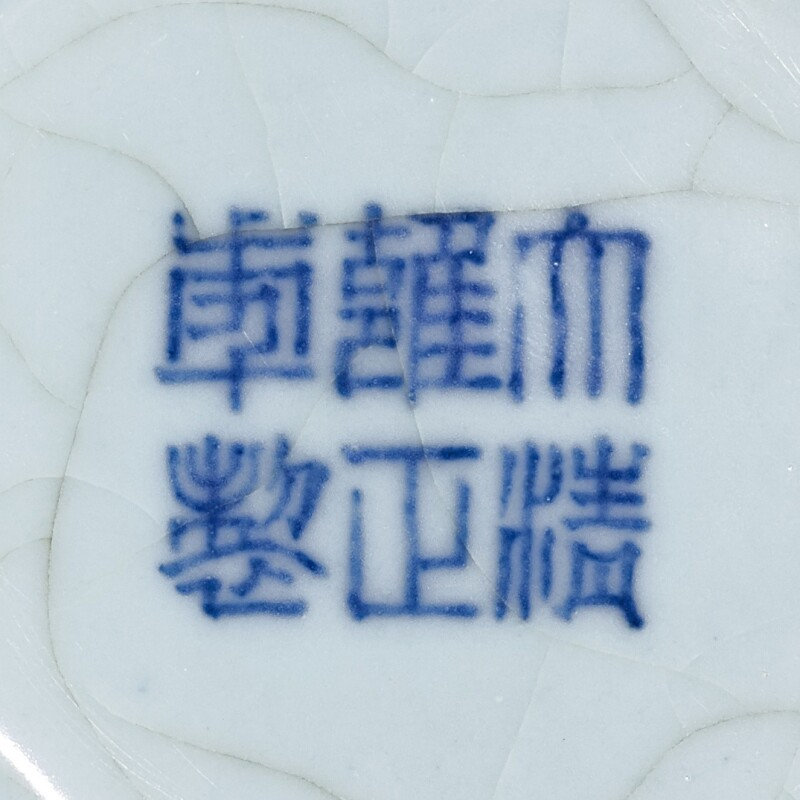 each exquisitely potted with a globular body rising from a short straight foot to a cylindrical neck and an everted rim, covered overall in an even unctuous pale grayish-blue glaze suffused with a fine network of dark and light crackles, the foot pierced to two sides, the footring applied with dark brown dressing, inscribed to the base with a six-character seal mark in underglaze blue.

Note: This pair of vases is remarkable for not only its unctuous, bluish crackled glaze which echoes the finest Song prototypes, but also its well-proportioned form and charmingly small size which appear to be unusual during the Yongzheng period. Only one closely related pair of vases is known, covered in a lavender-blue glaze, formerly in the Meiyintang Collection, illustrated in Regina Krahl, Chinese Ceramics from the Meiyintang Collection, vol. 2, London, 1994, pl. 852, and sold in these rooms, 7th April 2011, lot 29. The pair of slits in the foot of these vases is a feature inspired by archaic bronze vessels.

See a pair of vases of slightly different form, moulded with raised bands on the neck and with a galleried rim around the mouth; a larger piece, with two openings on its base as the present pair, preserved in the Palace Museum, Beijing, illustrated in Guanyao ciqi / The Guan Kilns, Beijing, 2016, pl. 63, where the author suggests that it is an imperial copy of a Song vessel in the Qing Court collection. For Song guan ware vessels of this form, see one in the Palace Museum, Beijing, op.cit., pl. 2.

Compare also vases of similar size to the present piece, but of slightly compressed globular shape and without the holes in the foot and the flared mouth rim; see one smaller guan-type vase with a faint crackle and a four-character Yongzheng reign mark sold at Christie’s New York, 20th September 2013, lot 1342; and another guan-type vase, covered in a less glossy, more greyish glaze, preserved in the Palace Museum, Beijing (accession no. Gu-148470).