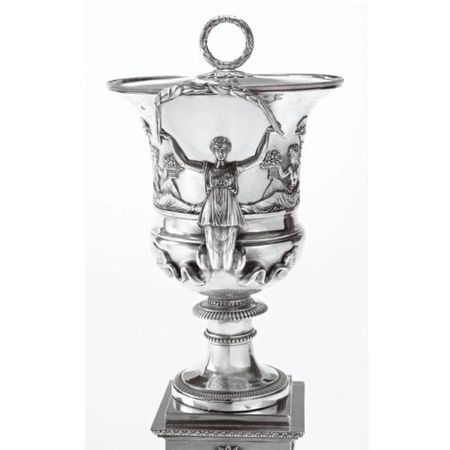 of campana form, applied with butterfly-handled urns flanked by addorsed recumbant maidens with baskets of flowers, the handles formed as twin-tailed classical females with arches of reeds, the flat covers with wreath finials surrounded by an engraved band of running leaves, mounted on square plinths applied on one side with a partly-draped classical maiden led by Eros, the other side with Eros and a fully-dressed maiden holding a lyre, the sides with stylized classical foliage, the bodies engraved on one side with English arms - weight 149oz (4634g) - measurements height 15in. (38.2cm) - Lot Sold 50,000 USD