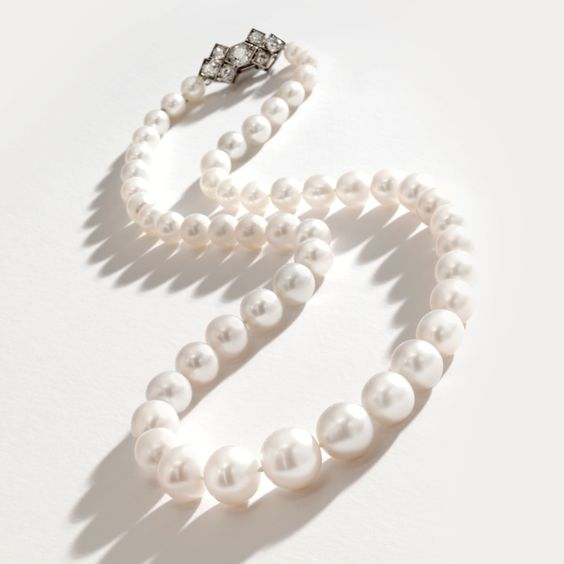 Alice Snow Barbee Lurcy, wife of the Paris-born Wall Street financier and art collector Georges Lurcy, was once described as "staggeringly beautiful, something between a Rubens and a Renoir."  Her magnificent jewelry collection, comprising 60 pieces mainly from the Art Deco period, was offered in a single-owner sale at Sotheby's, New York in 1981.  Lisa Hubbard, now Co-Chairman of Sotheby's International Jewelry Department, catalogued Mrs. Lurcy's collection and recalls "every jewel she had was special, from her natural pearl drops to great Cartier, Van Cleef & Arpels and La Cloche Frères Deco designs.  Hers were the wonderful caliber of jewels that collectors rarely see on the market today."  A testament to Mrs. Lurcy's exquisite style, a selection of her jewels brought $1.7 million at auction in 1981, almost $7 million in today's dollars.  The present lot was among the items retained by the family.

Years prior to the Lurcy jewels sale, the art, furniture and silver collection of Georges Lurcy was offered at Parke-Bernet in 1957.  A successful banker and investor with exceptional taste, he had shrewdly acquired paintings by Renoir, Gauguin, Van Gogh and other major artists at the bottom of the wartime market.  Headlined by Time Magazine as "The Greatest Auction," the sale was attended by Rockefellers, Fords, Greek shipping tycoons, and Hollywood collectors.  The three-day sale, which saw numerous auction records, was reported as achieving a sum "that blew the roof right off the rising art market."

The legacy of the Lurcy collections has informed the many single-owner fine art and magnificent jewelry collections that have appeared at auction in recent decades.  It is Sotheby's privilege to once again offer an elegant jewel originally owned by Mrs. Georges Lurcy.