"Sacred Spain: Art and Belief in the Spanish World" @ the Indianapolis Museum of Art

"Sacred Spain: Art and Belief in the Spanish World" @ the Indianapolis Museum of Art INDIANAPOLIS, IN (AP).- El Greco's vision of the veil of Veronica hangs near a golden crown with 447 emeralds. Just a few steps away, a recumbent sculpture of the crucified Jesus Christ rests before its return to a Spanish hermitage in time for Holy Week.

"Sacred Spain: Art and Belief in the Spanish World" at the Indianapolis Museum of Art is drawing visitors from around the world for an unprecedented exhibition of 71 pieces from 45 lenders — many of them private — in Spain, Mexico, Peru and other countries. Madrid's Prado has loaned five works alone.

The free exhibition, which continues through Jan. 3, has thrilled experts and other visitors alike. Harvard Art Museum curator and cultural historian Ivan Gaskell said it inspired him intellectually like no other exhibition he has seen this year.

"I was moved by the totality of the exhibition, by the selection," Gaskell said.

First conceived more than a decade ago and more than three years in development, the exhibit won't travel beyond Indianapolis. Many pieces must return home to convents and parishes in time for Lenten observances that begin Feb. 17.

Others rarely go on public display at all. A private collector loaned the golden Crown of the Andes, originally cast three to four centuries ago to adorn a statue of the Virgin Mary in a Colombian cathedral. It's reputed to be the oldest and largest collection of emeralds in the world.

"The owners of the objects want them back," exhibition curator Ronda Kasl said.

"Sacred Spain" reunites Juan de Valdes Leal's twin paintings "Allegory of Vanity" and "Allegory of Salvation," which had been separated since they were sold at auction in 1938. They're the first works the visitor encounters as Kasl introduces the exhibition with a gallery called "In Defense of Images."

The Roman Catholic Church's 18-year Council of Trent ending in 1563 answered charges of idolatry in artwork by upholding the ability of paintings, sculptures and other works to inspire devotion and to stir the faithful.

"It's not enough for art to be beautiful. It also has to be useful, devotional," Kasl said.

In the case of the twin "Allegory" paintings, Kasl said, "what he was trying to do was to contrast the eternal and the temporal. It talks about the potential for human action, for good or for bad."

Just as Roman Catholics and members of some other Christian denominations believe in Christ's presence in the Eucharist, church doctrine also taught that Jesus, Mary and other saints were present in the relics of their lives and some works of art.

A gallery called "True Likeness" examines such works, like a set of side-by-side paintings in trompe l'oeil — a technique intended to create the illusion of three dimensions. El Greco's circa-1590 rendering of Veronica's veil, which tradition holds was stained with the image of Christ's face while he bore his cross toward Calvary, is paired with a work by Spanish-born Dominican friar Lopez de Herrera in Mexico in 1624. The latter shows braids of thorns piercing Christ's skull and drops of blood dotting his face.

Duke University religion professor David Morgan, author of "Visual Piety" and other books on religious visual culture, said the devout treat such works as the real presence of Christ, not merely artwork.

"It's something more. It's an image of Jesus come to life," Morgan said in a public conversation about the exhibition with Harvard's Gaskell.

The life-size, realistic wooden sculpture, Dead Christ, attributed to Juan Sanchez Barba, has never before gone on display outside the Spanish town of Navalcarnero, where it has been part of Good Friday processions since 1652. Gaskell says he has seen similar works inspire people to touch them, or make the sign of the cross and quietly pray.

"It can prompt a devotional response in some viewers," Gaskell said, likening it to the kissing of icons or the veneration of cross on Good Friday.

A docent told him she was giving a tour to a class of Catholic high school students who appeared so visibly moved by some of the works in "Sacred Spain" that she felt she should stop talking so not to disturb them.

Dead Christ is part of a gallery with blood-red walls called "Moving Images" that also includes several paintings inspired by the Passion that are life-sized, which was important, Kasl said.

"People are meant to interact with them as if they're real beings," she said. "Viewers were meant to identify with them."

Morgan said certain objects, such as Christian orthodox icons, never lose their sacred status. They bring new ways of knowing their subjects to some viewers.

"It somehow participates in the reality of the thing it depicts," Morgan said. "Looking is more than looking: It's an act of love.

The exhibition displays works from one region next to items from another. In some cases, the work was created in Europe and sent to grow the church in the New World. In other cases, Latin American art traveled to Spain.

"The traffic was going both ways," Kasl said.

The museum likely will exceed the 50,000 visitors it projected "Sacred Spain" would receive. More than 30,000 had attended through Nov. 22, with busy holiday traffic through the end of the year remaining.

The exhibition is presented free of charge through a $1 million grant from the Indianapolis-based Allen Whitehill Clowes Charitable Foundation. By: Ken Kusmer, Associated Press Writer. Copyright 2009 The Associated Press. 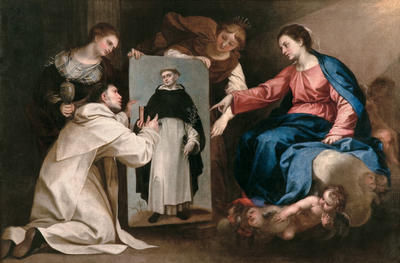 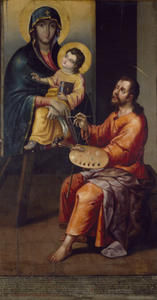 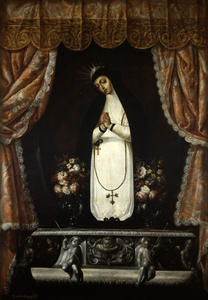 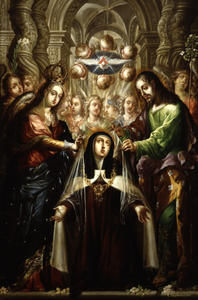 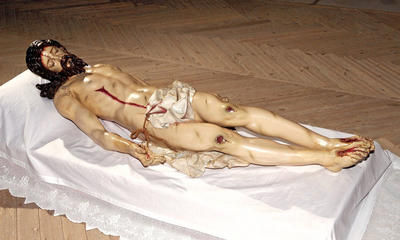 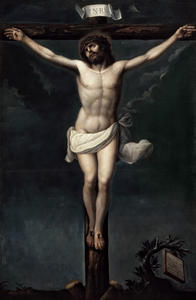 Commentaires sur "Sacred Spain: Art and Belief in the Spanish World" @ the Indianapolis Museum of Art