VIENNA.- Prince Hans-Adam II von und zu Liechtenstein possesses one of the world’s largest and most important art collections. Masterpieces of European art spanning five centuries, from the early Renaissance to the Baroque, form the nucleus of this private collection. As patrons and collectors since the 17th century, the Liechtenstein family have continued to keep alive the ideal of princely patronage down the generations to the present day. The active acquisitions policy pursued by the reigning prince has led to more than 700 new objects being acquired for the collection’s holdings since 1977.

To mark the 65th birthday of H.S.H. Prince Hans-Adam II on February 14th, 2010, around 140 masterpieces representing the numerous acquisitions will be presented at the Liechtenstein Museum. Displayed in the temporary exhibition rooms of the museum, selected highlights from three main groups of sculpture, painting and furniture, as Alessandro Algardis sculpture Eros and Anteros, the painting "The Tax Collectors" by Quentin Massys and the Badminton Cabinet will provide an insight into the rich variety of objects collected by Prince Hans-Adam II in his endeavour to close the gaps in existing areas of the holdings and to further enhance the quality of the collection with major acquisitions. In addition, numerous recent acquisitions and works which have been bought back for the collection will be integrated into the permanent exhibition in keeping with the motto of this temporary exhibition. This will be the first time that many of these objects have been displayed to the public.

The first decisive impulse for the creation of the Princely Collections was given shortly after 1600 by Prince Karl I von Liechtenstein (1569–1627; raised to the permanent rank of prince in 1608). He found a great model in Emperor Rudolf II. The latter’s early death and the lack of interest shown by his successor Matthias made capacities available in the Prague workshops – among them gem-cutting workshops of great repute – which Karl I rapidly exploited for his own usage as palatine and then as viceroy at the Prague Castle.

Key focuses of collecting already crystallised at this time which even now mark the collections with their unmistakeable profile: he commissioned the two monumental bronzes from Adrian de Fries, Christ in Distress and Saint Sebastian, thus launching the sculpture collection with two incomparable works of art. Karl’s love of pietra dura, too, left its stamp on the collection and still does. It was only a few years ago that Prince Hans-Adam II von und zu Liechtenstein was able to acquire for the Princely Collections the last major and simultaneously most outstanding work ever to leave the archducal workshops in Florence, the Badminton Cabinet.

Karl’s son Prince Karl Eusebius I and later Prince Johann Adam Andreas I added another focal point to the collections: aided by the already well-organised international art market, they rapidly compiled one of the leading collections of Flemish painting. By the end of Johann Adam Andreas’s life in 1712, probably more than 50 original paintings by Peter Paul Rubens were to be found in his town palace on Bankgasse, newly erected around 1700.

The taste of each Prince was formative throughout the centuries, also for the collection. Prince Johann II’s (1840–1929) abhorrence of nakedness and brutal violence brought bitter losses – for us today – such as the sale of Rubens’ Samson and Delilah (sold in Paris in 1880), or his "Slaughter of the Innocents" (sold in 1921).

A milestone in the history of the collections was its opening to the general public by Prince Johann I, who in 1807 gathered together the holdings from the gallery and other residences in the summer palace in Rossau, in the Galeriegebäude (Gallery Building), as it was subsequently called.

In 1938, 130 years of public showing of the Princely Collections in the Liechtenstein summer palace came to an abrupt though temporary end, when the gallery was closed to the public. In the same year and for the first time in its history, the family moved its residence to Vaduz and likewise transferred its art treasures there in the last weeks of the war. So the capital of Liechtenstein also became the main home of the Collections of the Prince von und zu Liechtenstein, and still is today.

In the period after the Second World War the nucleus of the Princely Family’s assets was lost because of the dispossessions in Moravia and Bohemia. During this time, the family assured its existence – and that of the Princely Collections – by sadly selling objects from the art collection holdings. Prince Hans-Adam II was entrusted in 1970 by his father Prince Franz Josef II (1906–1989) with reorganising the administration of the Princely House’s assets. He eventually succeeded relatively quickly in restructuring family affairs, so decisively in fact that important acquisitions soon became possible again, and new horizons opened up for the imposing legacy of the top-priority baroque palaces and a mammoth art collection.

On 29 March 2004, Prince Hans-Adam II von und zu Liechtenstein took the courageous step of re-opening the LIECHTENSTEIN MUSEUM in its old home in the now radically Vienna, February 2010 refurbished summer palace in Rossau, making the collections accessible to the public once more. The painting collection today encompasses more than 1,700 objects, of which around 170 absolute masterpieces are on permanent show, together with sculptures, art cabinet pieces and furniture, in the LIECHTENSTEIN MUSEUM. New acquisitions of Prince Hans-Adam II von und zu Liechtenstein are regularly presented to the public in the exhibition series “Artwork of the Month”.

Today, many of the post-war losses have in recent years been compensated for by new acquisitions. In this way numerous artworks could be re-incorporated into the collections, for instance the extremely rare tapestry cycle of the Grand Mogul series dated around 1715 from the Berlin manufactory of Jean II Barraband. Moreover, there is the intention of closing gaps in the various collection departments and enhancing the quality even more by new acquisitions. Thus the list of acquisitions ranges from Quentin Massys’ (1465/66–1530) The Tax Collectors to Rubens’ oil sketch for Mars and Rhea Silvia, the very first painting Prince Hans-Adam II was able to purchase for the collections; the namesake of the reigning Prince had already added the version executed after this bozzetto into his collection around 1700.

And, turning to the broad-based furniture collection, exquisite masterpieces such as the Badminton Cabinet, the recently acquired Roentgen furniture and the Boulle furniture from Parisian and Viennese workshops have redefined the quality of this department as well.

Above all, the holdings from the Biedermeier epoch have gained even more in importance through purchases of recent years, not only in painting, but also the art of porcelain. In future – as of late November 2012 – these superlative Biedermeier works will be open to the public along with the exhilarating Neo-rococo Period Rooms in the second venue of the LIECHTENSTEIN MUSEUM, the city palace on Bankgasse, after completion of restoration work on this building. 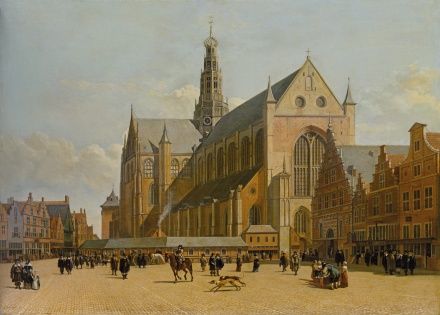 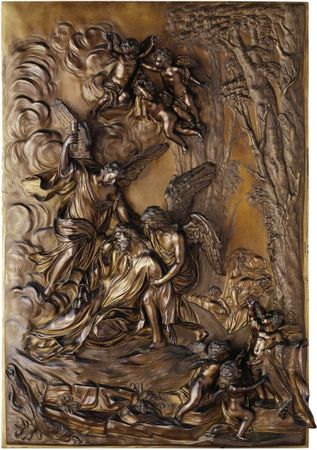