NEW YORK, NY.- The Wooster Group will present its first benefit art auction on the occasion of its 35th Anniversary. Dubbed “The Wooster (Support) Group”, the event will feature live and silent auctions of contemporary art. The benefit will be chaired by Frances McDormand, supported by the Rolex Institute, and hosted by the Sean Kelly Gallery at 528 West 29th Street in New York on Monday, March 15, 2010 at 6:30pm.

The event will include a live auction conducted by Christie’s with support from guest auctioneer Casey Spooner, as well as a silent auction, and will be DJed by the duo Andrew Andrew. Funds raised will support The Wooster Group and its creation of new work. Among the highlights of the auction are Marina Abramovic’s Portrait With Firewood, 2009, the catalogue cover image for the artist’s solo exhibition currently at MoMA; a unique gouache and silkscreen by Louise Bourgeois; an original drawing of Wooster Group Director Elizabeth LeCompte by Alex Katz; and a 1970 print by Roy Lichtenstein. The auction also includes several experiential items including a tour of the 2010 Whitney Biennial with the curators, and a tour of the former home and studio of Donald Judd. Details and images of the works can be found online here: www.thewoostergroup.org/twg/artauction.

Tickets start at $150 per person. Guests who pay $500 for two tickets will receive a pair of tickets to The Wooster Group’s North Atlantic, at the newly opened Jerome Robbins Theater of the Baryshnikov Arts Center, running March 10 to April 25, 2010. For tickets to “The Wooster (Support) Group”, please contact Elizabeth Lind at +1 (212) 868-8450 x209, via email at artauction@thewoostergroup.org or go to www.thewoostergroup.org/artauction.

The Wooster Group is an ensemble of artists who make performance and media works. Founded in 1975, the Group was part of the radical post-modern experiments of the time, situated among the worlds of dance, visual, media, and theatrical arts. In its pioneering productions, texts (new, classic, and improvised) and technology are interwoven to tell stories in new ways. Under the direction of Elizabeth LeCompte and in collaboration with an ensemble of performers and technical artists, the Group has made more than 30 works, including Rumstick Road (1977), L.S.D. (...Just the High Points...) (1984), Brace Up! (1991), House/Lights (1999), To You, the Birdie! (Phèdre) (2002), Hamlet (2007), and La Didone (2008). The Group has toured in the U.S. and to Europe, Russia, Canada, South America, the Middle East, Asia and Australia. The Performing Garage at 33 Wooster Street in New York City is the company's permanent home. It owns and operates the Garage as a shareholder in the Grand Street Artists Co-op, established as part of the Fluxus art movement in the 1960s. 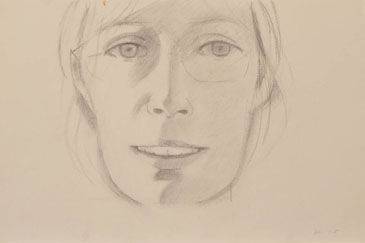