Scrap of 17th Century Persian Textile to Sell for £20,000 at Bonhams

Scrap of 17th Century Persian Textile to Sell for £20,000 at Bonhams 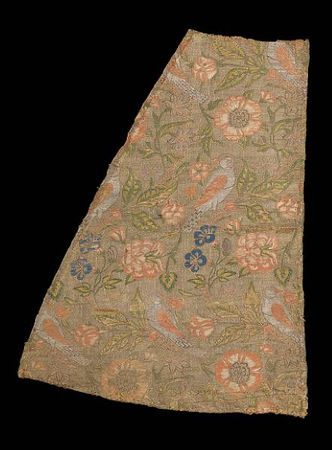 A stunning collection of Safavid textiles, the glory of 17th and 18th Century Isfahan, a city where conspicuous consumption was a social obligation, features in Bonhams Islamic and Indian Art Sale on April 15 in London.

European travellers who were resourceful enough to reach Isfahan created by Shah Abbas I in 1598 were astonished by the rich dress of the inhabitants. Conspicuous consumption was a social obligation demanded by the Shah. This was a shrewd move to develop expensive tastes in his subjects thus reviving Persia's brilliant history in textile design, famous through the Eastern and Roman worlds.

There were a constant round of court festivities with extravagant parties held in palace gardens affording opportunities to display magnificent clothes.

The collection of Safavid textiles at Bonhams comes from a single owner collection and is estimated to reach a total of £250,000.

Head of Islamic and Indian Art at Bonhams, Kristina Sanne, comments: "It is a privilege to hold these sumptuous fabrics in one's hands. They provided an endless palette for their wearers to create visions of loveliness that rival and exceed anything we see today in the fashion capitals of the world."

Other Safavid textiles in this sale include: A fragment of the same panel was sold in these rooms: Bonhams, Islamic and Indian Art, 8th October 2009, lot 146. 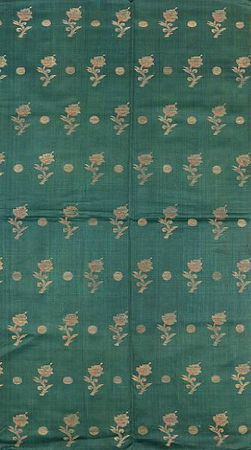 For an identical panel in the Collection of Ackerman-Pope, see Arthur Pope, A Survey of Persian Art, Volume VI, Oxford 1939, plate 1079C.

Commentaires sur Scrap of 17th Century Persian Textile to Sell for £20,000 at Bonhams