LONDON.- Kate Who?, an exhibition of iconic works by Mario Testino at Phillips de Pury & Company, features intimate photographs of the fashion legend by the ultimate fashion photographer.

Mario Testino was born in Lima, Peru. In 1976, after completing his studies in Peru, he arrived in London to pursue a career in photography.

Testino has become one of the world's most well known and celebrated fashion photographers. His work has been featured across the globe in magazines such as Vogue, Vanity Fair and V and he has crafted and contributed to the imagery of leading fashion houses such as Burberry, Gucci, Versace, Calvin Klein, Dolce & Gabbana, Salvatore Ferragamo, Estee Launder, Hugo Boss, Miu Miu, Shiseido and Michael Kors, among many others. As well as having published seven books of his work and edited one other dedicated to contemporary art and artists from his native Peru, Mario Testino has had many successful exhibitions in galleries and museums around the world.

In 2002 The National Portrait Gallery in London staged the landmark exhibition “Portraits” by Mario Testino that to date remains their most successful exhibit. Over the next four years the exhibition toured to Milan, Amsterdam, Edinburgh, Tokyo and Mexico City.

He has been lauded with a number of awards and recognitions for his achievements and charitable work, counting among them a Doctor Emeritus from the University of the Arts, London, the Rodeo Drive Walk of Style Award, the Medalha Tiradentes from the city of Rio de Janerio, Brazil and the Order of Merit from the city of Lima, Peru.

Mario Testino has also received royal commissions including The Prince of Wales, The Duchess of Cornwall, Prince William, Prince Harry, Diana Princess of Wales, The Duke of Kent, Prince and Princess Michael of Kent, Prince Nikolaos of Greece, Prince Willem-Alexander and Maxima of the Netherlands, Prince Haakon Magnus and Princess Mette-Marit of Norway and Her Majesty Queen Rania al Abdullah of Jordan.

Mario Testino has contributed to a number of charitable causes and organisations including the Elton John Aids Foundation, Aid for Aids, Life Ball, Sargent Cancer Care, the Naked Heart Foundation, amfAR and Women to Women among many others. In 2008 he was honoured for his charity work, receiving the Hero Award by the charity Aid for Aids and he became the first man to receive the Commitment Award from the charity Women Together in conjunction with the United Nations.

His recent charity work included a trip in December 2008 to his native Peru with Save The Children to visit the completed El Salvador Clinic in the Pueblo Nuevo District in Chincha. This clinic was built for children with Tuberculosis in the area badly affected by the devastating earthquake, which hit the coast of Peru in August 2007. It measured 8 on the Richter scale and the Pueblo Nuevo District, Chincha was one of the hardest-hit areas in the province, with almost 100,000 houses destroyed and 1,200 schools damaged. The El Salvador clinic was entirely funded from the sale of a single print from Mario Testino’s iconic portraits of the late Princess Diana. 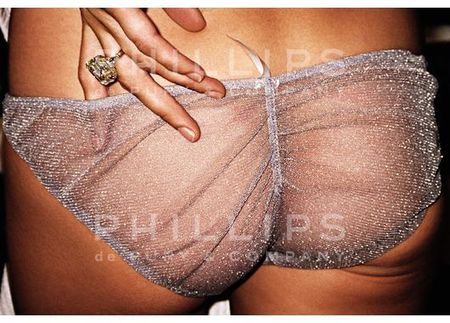