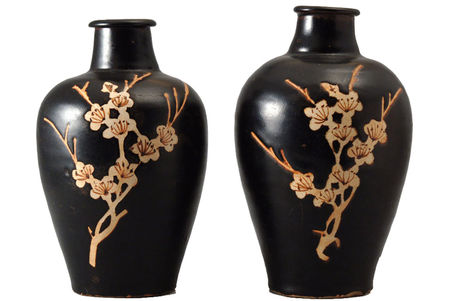 OXFORD.- Visitors to the Ashmolean Museum have the opportunity to see the Barlow Collection of Chinese Ceramics, Bronzes and Jades. The collection of 450 objects, formed by Sir Alan Barlow (1881-1968), is one of the leading 20th-century English collections of its type.

The collection is an exceptional complement to the Museum’s existing holdings of Chinese art, including some rare objects that have not so far been on display. Highlights from the collection are exhibited in the Early and Later China galleries (10 & 38). The remainder are available for study and research in the Eastern Art Jameel Study Centre.

Some of the finest and most celebrated Chinese ceramic wares from the collection include two brushwashers, one of Ru ware and one of Guan ware. Ru ware from north China was made only for some forty or fifty years in the late 11th and early 12th centuries, during the reigns of the last two Northern Song emperors. Until the discovery of the kiln site in 1987 around forty examples were known, half of which were located in London between the British Museum, V&A and Sir Percival David collections, testimony to the strength of the English collections. Guan ware was made in south China in the Southern Song dynasty, following the loss of the north, as a replacement for Ru ware in the imperial household. These and other exquisite pieces are shown in a single case in Later China dedicated to the Barlow Collection, fulfilling an important role in the overall display as well as linking to the gallery’s themes of collecting, connoisseurship and painting.

Sir Alan Barlow enjoyed a distinguished career in the Civil Service. He took particular interest in and was especially effective in the spheres of industrial relations, and education. His educational concerns extended to sharp questioning of the role of the collector and its justification, most explicitly in a paper he delivered in 1937 on ‘The Collector and the Expert’ to the Oriental Ceramic Society (of which he served as President from 1947 to 1963). In it he refers to the responsibilities of collectors to share their pieces for the advancement of knowledge. It was with this thinking that in his lifetime, his collection of Islamic ceramics was dispersed to numerous university and museum collections (including the Ashmolean). Following his death the Chinese collections were formed into a Trust, to be looked after at the then newly established University of Sussex, transferring to the Ashmolean in 2011.

Jeremy Barlow, grandson of Sir Alan Barlow and senior trustee of the Barlow Collection, said: “The move to the Ashmolean fulfils my grandfather’s wish that the Collection should be used for teaching and to stimulate creativity, and that handling by students should form an integral part of the educational process.”

Dr. Christopher Brown CBE, Director of the Ashmolean, said, “The collections of Chinese ceramics formed in England during the 20th century remain the finest outside China, and the Barlow Collection is one of the best. We are delighted to exhibit this outstanding collection at the Ashmolean, enabling the widest possible audience to enjoy the works on display as well as presenting a new resource for the University's growing engagement with and commitment to research and teaching in both History of Art and Chinese Studies.”

The Ashmolean Chinese Collections
The Ashmolean houses both the greatest collection of Chinese greenware to be found outside China and the largest body of modern Chinese painting in the western world. China’s increasing role on the world stage demands a higher profile for China in the cultural institutions of the west. The Ashmolean is able to recognize this role in two new galleries which situate Chinese art and culture in their global context. The Museum’s Chinese collections range from jades and ceramics of the Neolithic period to contemporary paintings and prints. Many of the seventeenth and eighteenth century porcelains the Museum now houses were acquired during the nineteenth century, while most of the classic wares of the Tang and Song dynasties (seventh to thirteenth centuries) were given to the Museum in the 1950s by the collector Sir Herbert Ingram. 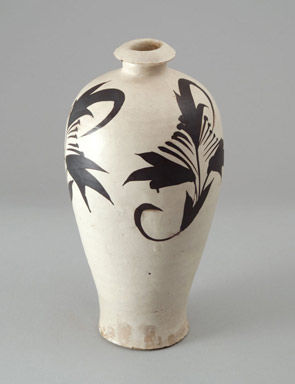