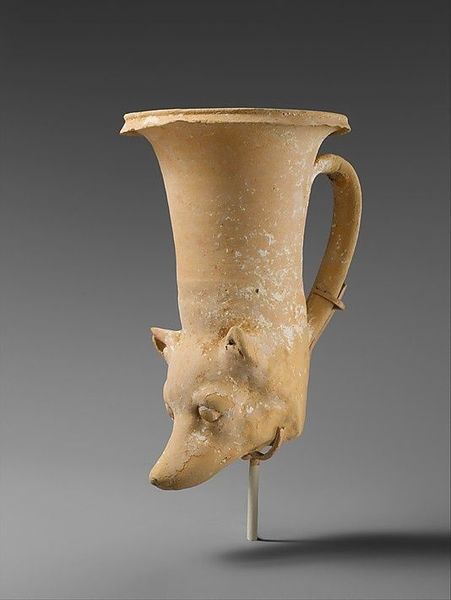 The head is that of an Italic variety of Maltese dog. These rhyta began to be made about the middle of the fourth century B.C. and were glazed black, with red-figure decoration on the cuff. The latest pieces in the series were unglazed and articulated with paint.