Ai Weiwei, 'According to What?' at Art Gallery of Ontario, Mixed-media, Toronto Ontario, Canada

Ai Weiwei, 'According to What?' at Art Gallery of Ontario, Mixed-media, Toronto Ontario, Canada

TORONTO.- One of the world’s most provocative contemporary artists, Ai Weiwei, will join Art Gallery of Ontario visitors for a live video chat with the AGO’s director and CEO, Matthew Teitelbaum, during the Gallery’s popular First Thursdays art party on Sept. 5, 2013. The event’s programming will delve into the imagination and experience of Ai, who is under constant surveillance at his home in Beijing and has been unable to leave China since the government confiscated his passport in 2011.

“This live chat is an incredible and rare opportunity to hear Ai Weiwei directly share his insights into his art, activism and passion for China and its changing landscape,” said Matthew Teitelbaum. “As we open this major exhibition, Weiwei’s physical absence is deeply felt, but technology allows him to defy borders so we can welcome him personally to Toronto.”

Tickets for AGO First Thursdays are available at ago.net/firstthursdays and a special ticket is required to experience the live video chat. Quantities are limited and are expected to sell out quickly.

The live chat with Ai is one of many initiatives planned for the upcoming AGO exhibition, Ai Weiwei: According to What? Chronicling Ai’s work from the mid-1990s to the present, the exhibition blends art history, activism and traditional Chinese materials and symbols to create a compelling vision of the artist’s everyday reality and his ongoing fight for freedom of expression in the face of Chinese government censorship. Featuring more than 40 large scale works of art including sculptures, photographs and video and audio installations, Ai Weiwei: According to What? is on display from Aug. 17 to Oct. 27, 2013 and the AGO is the only Canadian stop on a North American tour.

i Weiwei: According to What? includes many large-scale and detailed artworks, including:

•Straight (2008-12), which contains 38 tons of reinforced steel rebar recovered from post- earthquake fissures and arranged specifically for the exhibition;

•Château Lafite (1988), a sculpture comprised of a wine bottle and peasant shoes that pays homage to the artwork of Marcel Duchamp and Jasper Johns;

•Grapes (2010), showcasing a number of wooden stools from the Qing Dynasty (1644-1912) that artisans have rejoined into a cluster;

•Surveillance Camera (2010), a piece of technology carefully replicated in marble, recreating the device that the Chinese government uses to keep an eye on the artist in his home; and

•He Xie (2010), an installation of more than 3,000 porcelain river crabs. The term “he xie” refers to the word “harmonious,” which is part of the Chinese Communist Party’s slogan and is now internet slang for official online censorship. 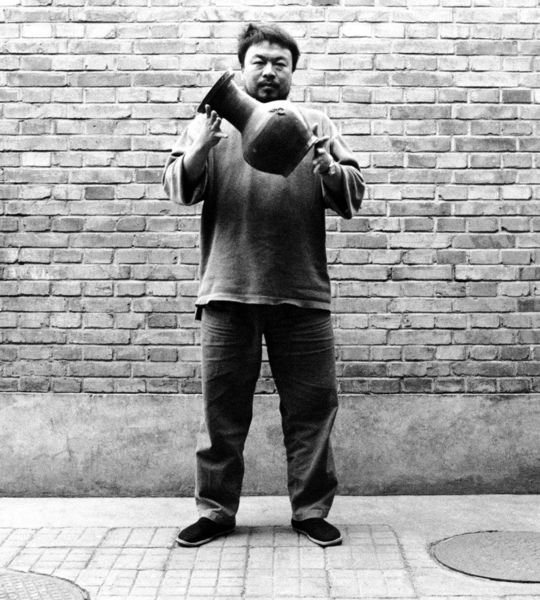 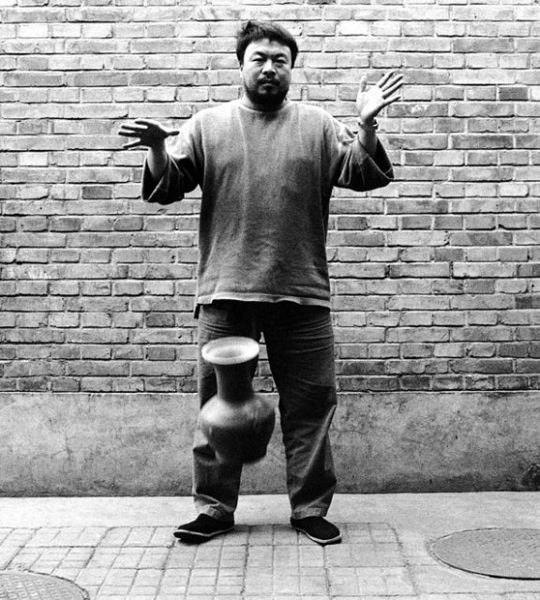 Ai Weiwei, Colored Vases (detail), 2007-2010. Collection of the artist. Installation view of Ai Weiwei: According to What? at the Hirshhorn Museum and Sculpture Garden, Washington D.C., 2012. Photo: Cathy Carver. 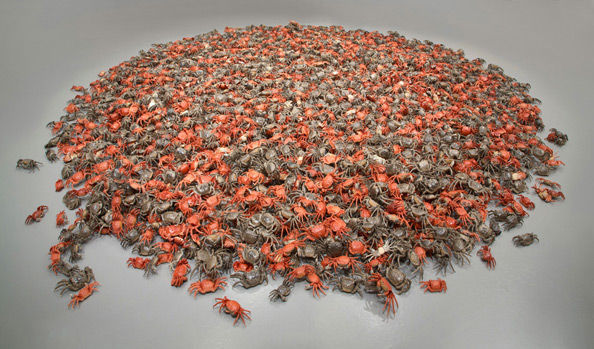 Made of more than 3,000 porcelain crabs, Ai Weiwei's installation He Xie is one of the works by the artist that will be on view at the Art Gallery of Ontario starting on August 17 / photo Cathy Carver for the Hirshhorn Museum and Sculpture Garden, Washington 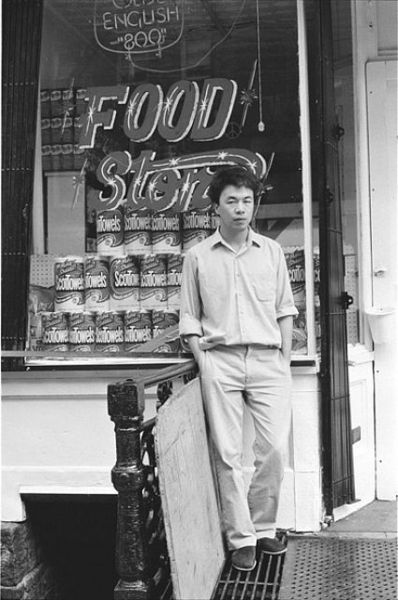 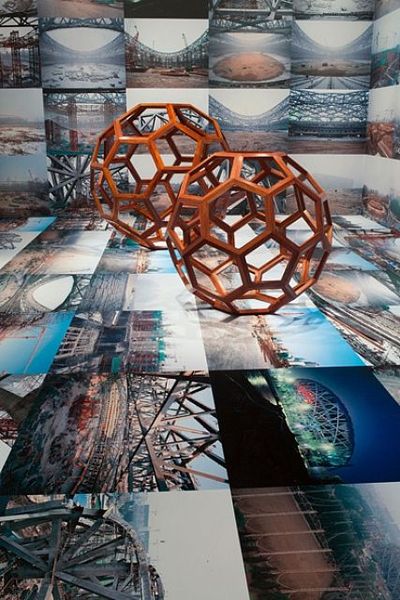 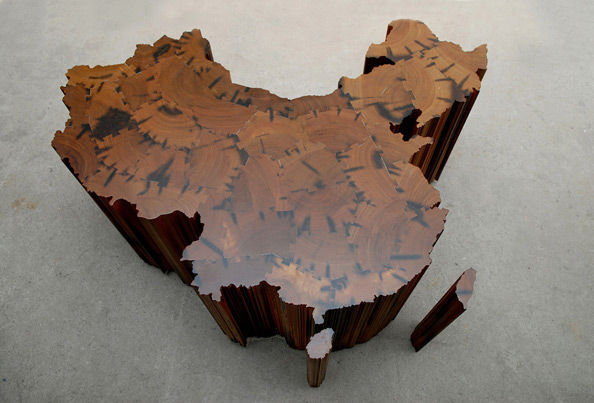 Ai Weiwei, Map of China, 2008. Collection of the Faurschou Foundation. Image courtesy of the artist On May 12, 2008, a massive earthquake in China’s Sichuan province killed approximately 90,000 people. Ai Weiwei created this serpentine sculpture, made of backpacks, to commemorate the more than 5,000 school children who were killed when their shoddily constructed schools collapsed. Government officials refused to release the number of deaths, or acknowledge any accountability, so in 2009, Ai Weiwei launched a “citizen investigation” to ensure that neither the children nor the devastation would be forgotten. He wrote: “Can these facts be altered? The hearts stopped beating, their limbs decayed, and their shouts disappeared with their breath, can these be returned? Wave upon wave of mighty propaganda from the national state apparatus cannot erase the persistent memories of the survivors….People’s hearts will call out each of your names, the name that belonged to you will be remembered. When it is called out again, you will rise from the dead and be contented spirits.”

This work has been installed in advance of the exhibitionAi Weiwei: According to What?, opening August 17, 2013. 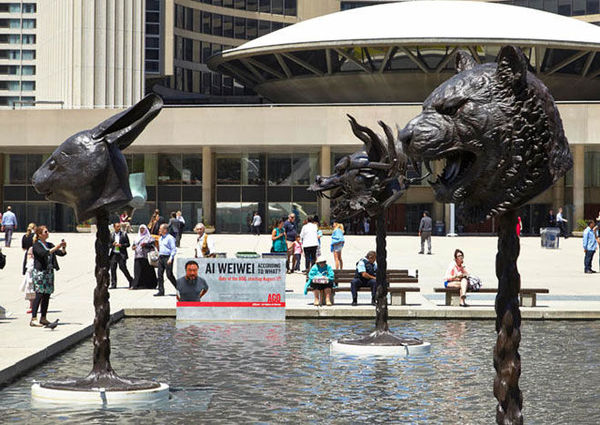 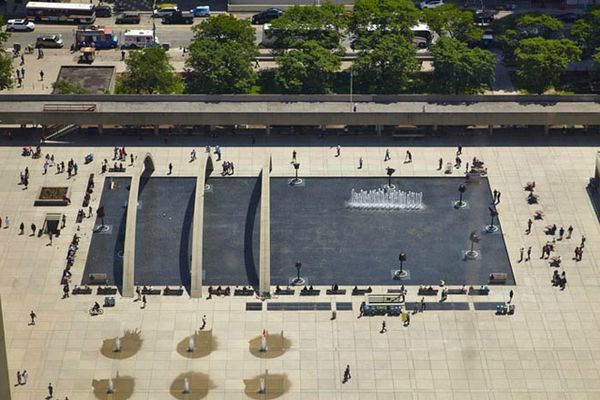 Ai Weiwei has reinterpreted the 12 bronze animal heads representing the Chinese zodiac that once stood in the gardens of the Yuanming Yuan (Garden of Perfect Brightness, Old Summer Palace), an imperial retreat in Beijing. In accordance with the conventions of the traditional Chinese zodiac, the works are installed in an oval in the following order: Rat, Ox, Tiger, Rabbit, Dragon, Snake, Horse, Goat, Monkey, Rooster, Dog and Pig. Each of the works is one solid piece of bronze and stands roughly 10 feet high on a marble base. Their weight ranges from 1,500 to 2,100 pounds.

Designed in the 1700s by two European Jesuits, serving in the court of Emperor Qianlong of the Qing dynasty (1644-1911), the 12 zodiac animal heads originally functioned as a water clock-fountain in the magnificent European-style gardens. In 1860 the palace was ransacked by French and British troops and the zodiac heads looted. Some were taken to the collections of the French and English courts and other appeared in auction houses in London and Beijing. Only seven of the 12 figures are still known to exist. Five were repatriated to China, but ownership of the remaining two remains contested. 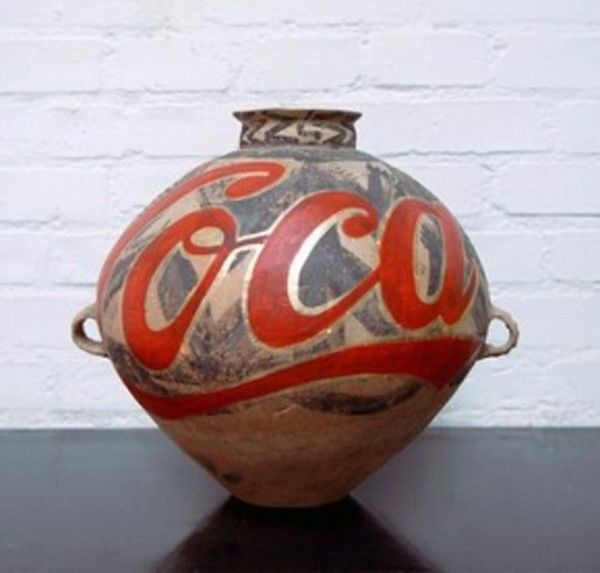 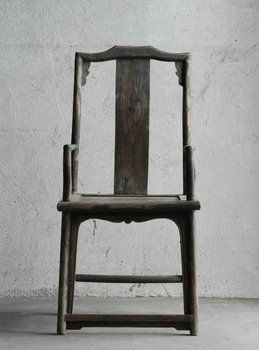 Commentaires sur Ai Weiwei, 'According to What?' at Art Gallery of Ontario, Mixed-media, Toronto Ontario, Canada