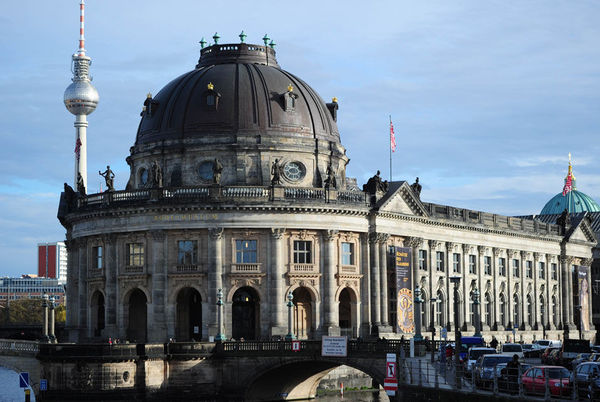 The state museums foundation put forward a proposal for the cash-strapped city to create a 130-million-euro ($174 million) home for the collection directly behind the already overflowing New National Gallery at the Cultural Forum in central Berlin.

The works themselves belonging to millionaire collectors Ulla and Heiner Pietzsch, which also include art by Max Ernst, Andre Breton and Joan Miro, are valued at 150 million euros.

The recommendation marks the likely end of a bitter spat over an initial plan to move one of Berlin's best-loved art collections, a clutch of invaluable Old Master paintings, to another site to make way for the modern works.

The new plan means that the paintings by the likes of Rembrandt, Caravaggio, Duerer and Cranach can remain at the Picture Gallery rather than decamp to the German capital's UNESCO-listed Museum Island.

That scenario had sparked international controversy last year, with two petitions against the move collecting tens of thousands of signatures and formal protests by renowned art historians.

They argued that adored paintings would have to be kept in storage and out of public view for years during the upheaval. Although the cost of the new museum is high, it is much lower than the 375 million euros estimated would be needed to cover the original concept.

"The realisation of the new proposal would boost the attractiveness of the Cultural Forum and keep the costs in a responsible range," he said.

Berlin, which lacks an industrial base, has come to rely heavily on culture as an economic lifeline and its world-class museums have helped fuel a tourism boom.

The number of visitors to Berlin museums rose by six million or nearly 73 percent between 2002 and 2010, versus just eight percent across Germany, according to a study last year. © 1994-2013 Agence France-Presse