ZURICH - For its Asian Art Auctions from 6th to 7th May 2014, Koller Auctions is focusing on the Chinese market. An exclusive selection of Buddhist figures and several treasures from the Forbidden City are sure to generate interest.

China - Himalaya
Fine Chinese art from European private collections is particularly coveted by Chinese collectors.
Over the past 20 years, the value of flawless objects has increased substantially. Therefore, many Europeans are putting their collections up for sale once again. From a Swiss private collection, e.g. stems a 15th/16th century Nepalese priest’s crown. The gilt crown is opulently inlaid with gemstones. The Buddhist priest wearing this so-called “Mukuta” (crown) for special rituals took on the role of the Boddhisattva. The crown was last offered for sale by Koller in 1998, and is nowvalued at CHF 50 000 to 80 000. A further highlight is the Sino-Tibetan figure of the eleven-headed Avalokiteshsvara from the 18th century. With its many arms and heads, this partial-gilt bronze figure embodies ‘compassion’ in an impressive manner. It is estimated at CHF 130 000 to 180 000. From a German private collection stems a 14th/15th century statue of a four-armed Goddess from a Nepalese school in Tibet, estimated at CHF 250 000 to 300 000. Qian qing gong (Palace of heavenly purity) is the largest hall of the inner court of the Forbidden City where the living quarters were.This carpet has been made for this particular hall. This type of colourful clay figures are typical for Shanxi province. Similar pieces dating back to the Song dynasty can be seen at Jinci Temple in Taiyuan.
German private collection, purchased from Carole Davenport, N.Y. in 1998. A very similar piece made of clay is in the collection of the National Museum Korea. It's dated 6th/7th century, coming from Baekje kingdom. According to them, however, the origins of this form lie in China, Southern dynasties. As a matter of fact the National Museum of China in Beijing has a celadon glazed piece without lid from this period and a white glazed ceramic piece without lid dating back to the Tang dynasty.
Swiss private collection, purchased in 1981 from Bärenburg collection, Lenzburg. The seller at the time suggested it to be a ritual vessel for baking flatbread. 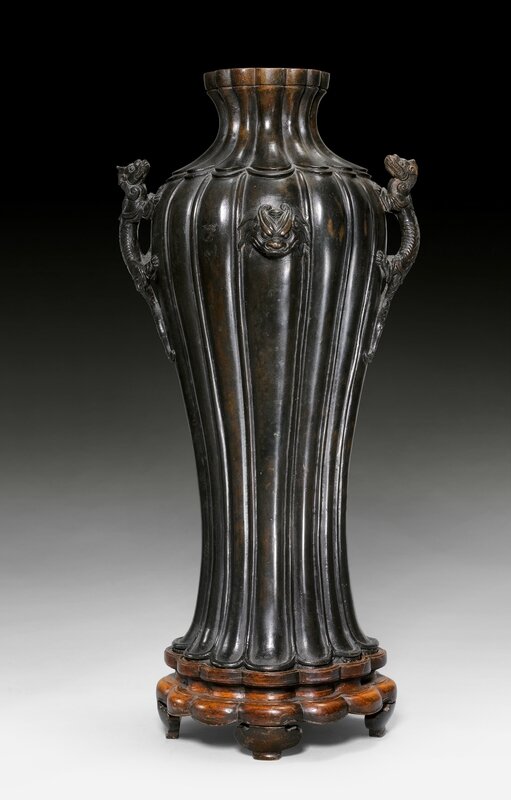 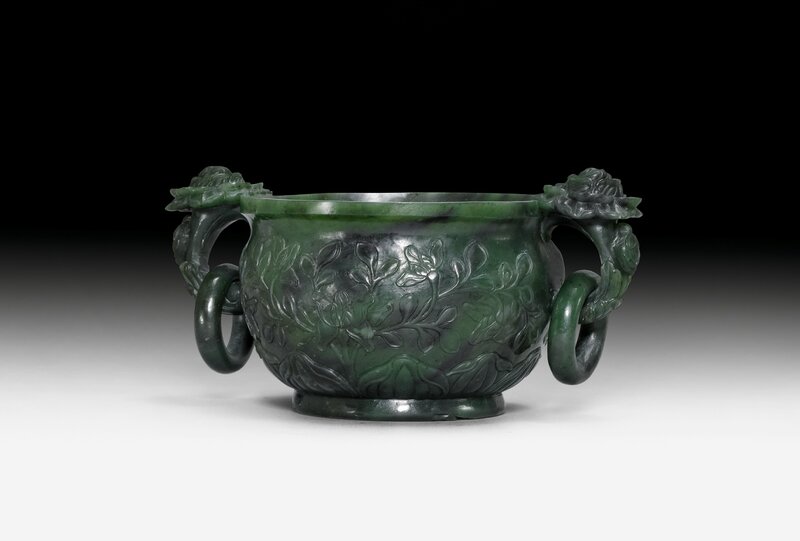 For the same design see a octogonal box at the Asian Art Museum of San Francisco. Japan and South-East Asia
One of the highlights from Japan is an extremely life-like bronze statue of a wise man in a storm, from the Miyao workshop (Meiji period). The statue is about half a meter high and is estimated at CHF 15 000 to 25 000. South-East Asia and India are represented with many beautiful sculptures, e.g. a 2nd/3rd century Gandhara figure made of shale, about 80 cm high, estimated at CHF 35 000 to 50 000. 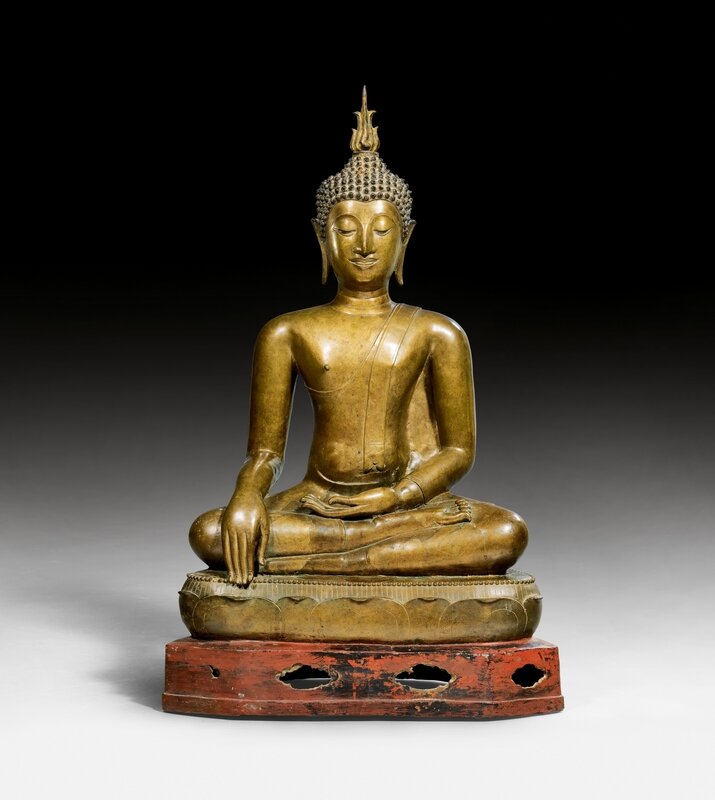