MELBOURNE.- Hidden treasures from Beijing’s Palace Museum in the Forbidden City have come to Melbourne for the first time, in an Australian exclusive exhibition. A Golden Age of China: Qianlong Emperor, 1736–1795 tells the story of China’s foremost art collector Qianlong Emperor, one of China’s most successful rulers, fourth emperor of the Qing dynasty (1644–1911) and longest living emperor in Chinese history.

This exhibition provides an unprecedented opportunity to explore a rich concentration of more than 120 works from the Palace Museum’s art collection, which is built on the imperial collection of the Ming and Qing dynasties and holds some of China’s most rare and valuable works of art in its collection. Tony Ellwood, Director, NGV, said, ‘This exhibition tells the fascinating narrative of one of China’s most influential rulers and a great champion of the arts, whose passion saw him become one of China’s foremost collectors and conservators of art.

‘It is a once in a lifetime opportunity to see exquisite works from Beijing’s Palace Museum in Australia and visitors can see stunning ink on silk paintings, dragon-embroidered silk court robes, precious objet d’art in gold and jade, as well as Qianlong’s own paintings and calligraphy,’ said Mr Ellwood. The Minister for Creative Industries, Martin Foley, said, ‘A Golden Age of China gives visitors a fascinating insight into an era of China’s cultural history that resonates across the world to this day.

‘The Victorian Government is grateful to the Palace Museum for entrusting the NGV with its treasures as part of a ground-breaking partnership between the two institutions. The exhibition comes here as a result of the strong contemporary relationship between China and Victoria,’ Mr Foley said. 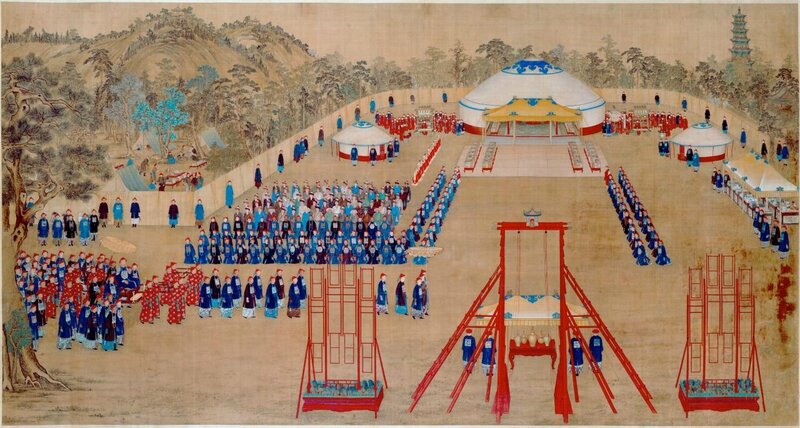 The Qianlong Emperor’s long 60-year reign (1736–1795) was a particularly fascinating time in China’s history. Under his rule, China was the wealthiest and most populous nation in the world. Qianlong’s ability to preserve and foster his Manchu warrior-huntsman traditions whilst adopting the Confucian principles of political and cultural leadership, resulted in the successful governing of 150 million Chinese people.

It was his ability to adopt Chinese ways, yet honour his Manchu traditions that made him one of the most successful emperors of the Qing dynasty. The Qianlong Emperor studied Chinese painting, loved to paint and particularly loved to practice calligraphy. The Emperor was also a passionate poet and essayist and over 40,000 poems and 1300 pieces of prose are recorded in his collected writings. Qianlong wrote more poetry in his lifetime than all the poets in the Tang dynasty (618–906) combined, a dynasty known for its golden age of poetry. Aside from his own art practice, Qianlong combined his passion for collecting art with his role as preserver and restorer of Chinese cultural heritage. He also embraced the arts of other cultures: European, Japanese and Indian. Giuseppe Castiglione, an Italian Jesuit brother, exerted a great deal of influence over the arts in the court academy of the Qianlong Emperor.

The exhibition puts the spotlight on Qianlong’s reign and art in five separate sections; Manchu Emperor, Son of Heaven, Imperial art under the Emperor’s patronage, Imperial art of religion and Chinese scholar, art connoisseur and collector. The exhibition also presents paintings and calligraphy by the Emperor himself as well as classical paintings in his collection. The exhibition includes a sumptuous display of ceremonial weapons of swords, bows and arrows, a chair made of antlers’ horns, silk court robes and ceremonial hats, amongst other ceremonial and palace treasures. Visitors will also experience an immersive multimedia film which traces the origins of the Forbidden City, its construction and decoration, all of which sought to uphold the authority and absolute power of the Emperor.

The NGV developed this film in collaboration with Dr Geremie Barmé, Director, Australian Centre on China in the World and Professor of Chinese History, ANU College of Asia and the Pacific, informed by his important study The Forbidden City (2008).

The NGV is devoting 1,100 square metres of its gallery space for this exhibition. A Golden Age of China uncovers the richness of Chinese history and culture, and reveals the human interests of a governing emperor. 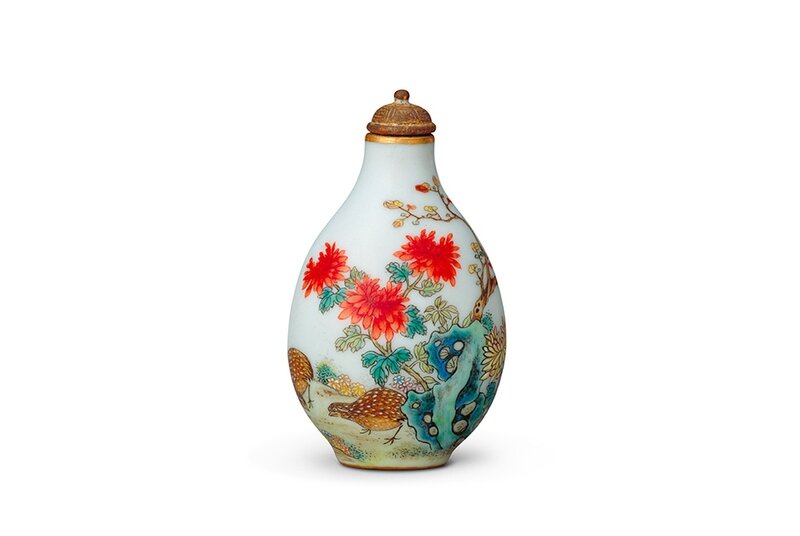