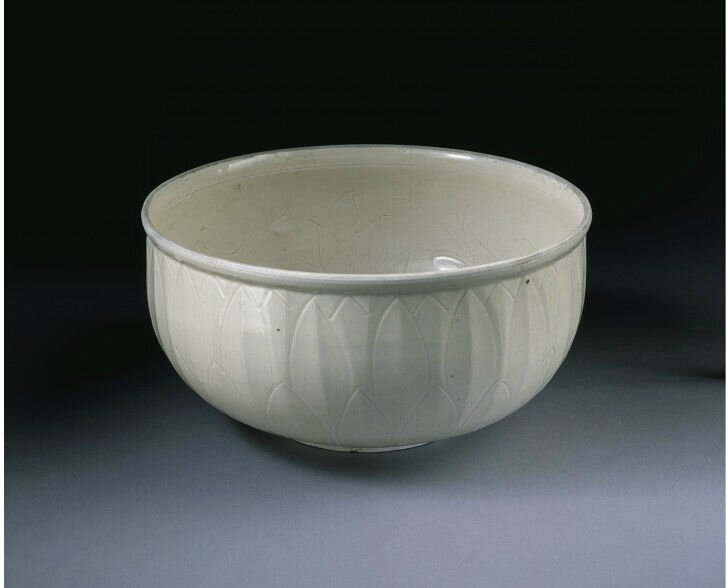 This bowl is an example of Ding ware, made in the Hebei province of China during the Northern Song dynasty (960-1127). Ding wares were of the earliest true porcelains made in China, and the world. The term porcelain is applied to ceramics made from a mixture containing a clay called kaolin and a white stone called petuntse, which was fired at high temperatures. Porcelains differ from other ceramics in their impermeability, whiteness and fine texture.

This bowl is typical of Ding wares in its ivory-white hue and incised decoration. The use of coal instead of firewood in the Ding kilns also created a higher firing temperature and an ideal oxidising atmosphere, perfect for the production of ivory white Ding porcelain. The exterior is carved with an abstract lotus leaf pattern, and the inside with lotus flowers. The lotus was strongly associated with Buddhism, and was a popular motif in this period. It is possible the bowl, due to its size and decoration, was utilised in Buddhist rituals.

It was purchased in 1926 from Bernard Rackham.