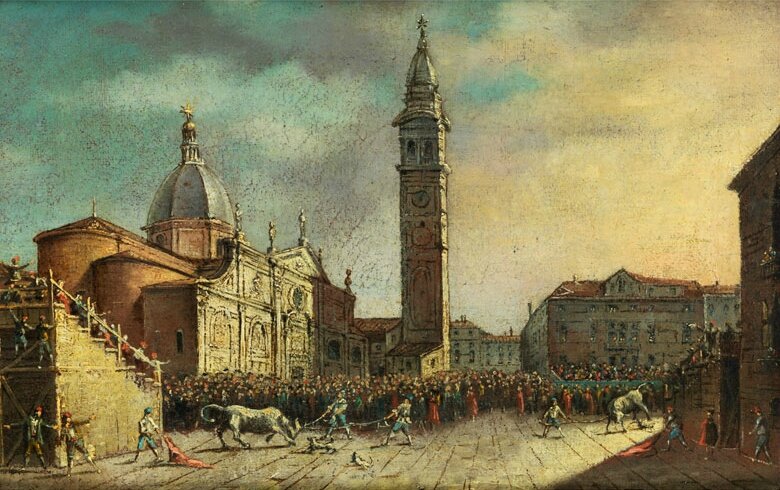 View of the square from the east side to the west with the left-wing facade erected by Mauro Codussi Renaissance church with the Campanile. The space filled by a crowd that is watching a bullfight. Left picture an artificially erected high wooden grandstand, in front of bullfighters who fight two bulls, the animals led to long lines. It is recalled that in the 18th century at several places in Venice, including St. Mark's Square or in this case, carried out bullfights. The painting is so far a valuable documentation of historical events of that time. Estimate: € 8000-12000

Provenance: Collection of Arthur Sambon (1867 - 1947) (former President of the Chamber of Art Experts in Paris).