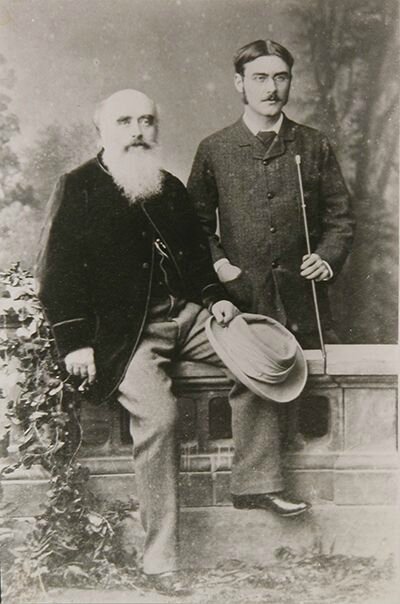 LONDON.- The Victoria and Albert Museum has collaborated with the Bard Graduate Center, New York, to present the first exhibition exploring the life and work of Lockwood Kipling (1837 – 1911), an artist, teacher, curator and influential figure in the Arts and Crafts movement. Lockwood Kipling was a social campaigner for the preservation of Indian crafts, a craftsman whose terracotta panels can still be seen on the exterior of the V&A and was an illustrator of books by his son, the renowned writer Rudyard Kipling. Lockwood Kipling: Arts and Crafts in the Punjab and London explores the history of the V&A’s collections through the life of Lockwood Kipling who played a significant role in shaping the foundation collection. Highlights include paintings of the Indian section of the Great Exhibition, Lockwood Kipling’s own sketches of Indian craftspeople observed during his time living in India, objects he selected in India for the V&A, designs and illustrations for books, and furniture designed for royal residences Bagshot Park and Osborne. 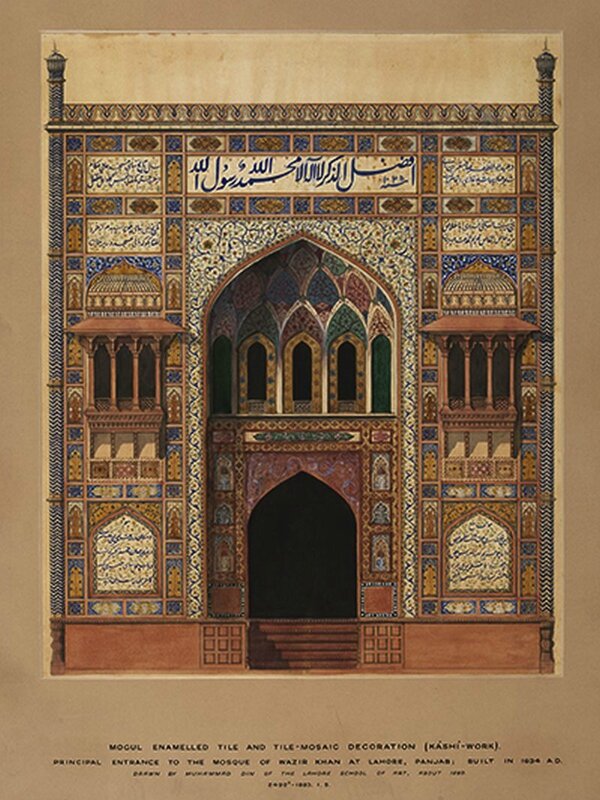 Lockwood Kipling, born in Yorkshire in 1837, began his career as a designer and architectural sculptor. At a young age he was inspired by a visit to the 1851 Great Exhibition at the Crystal Palace where he saw Indian objects that were later purchased as part of the founding collections of the V&A. The exhibition includes some of these best examples of Indian craftsmanship displayed there such as a bracelet of enamelled gold set with diamonds, a purple woven silk prayer carpet and a sword and helmet. In the early 1860s, Kipling joined the South Kensington Museum (as the V&A was then known) producing decoration for the new V&A buildings with terracotta architectural sculpture under the direction of Godfrey Sykes. His own likeness can still be seen in a mosaic decoration overlooking the Museum’s John Madejski garden, showing a procession led by the V&A’s first director Henry Cole. The exhibition also includes pieces relating to the Arts and Crafts movement such as a piano decorated by PreRaphaelite artist Edward Burne-Jones played by Lockwood Kipling’s wife, Alice Macdonald, and also a large panel that she embroidered for Red House, the home of Arts and Crafts campaigner William Morris. Kipling left London for India in 1865, spending ten years in Bombay (now known as Mumbai) to teach at the Sir Jamsetjee Jeejeebhoy School of Art, then moving to Lahore, the capital of the Punjab, as Principal of the new Mayo School of Art (today Pakistan’s National College of Arts) and curator of the adjoining museum. During this time craft traditions were in decline and Kipling travelled to observe, collect and record these skills. Kipling’s portrait drawings of craftsmen and cotton workers are on show, with objects matching their activities presented alongside the drawings. This was a period of rapid urban expansion and development in India. Kipling and his students were well placed to contribute decorative sculpture to Bombay’s developing Gothic Revival architecture. Many of the buildings he and his students worked on are shown in a film commissioned for the exhibition. In Lahore Kipling was an early champion of architectural conservation and encouraged his students to document local buildings; the exhibition includes their painted studies of monuments and mosques. He also sent plaster casts back to England and salvaged architectural features and contemporary objects such as detailed carved doors, windows and screens both for the Lahore museum and for the V&A’s collections. Several of these have been conserved for the exhibition; a late 18th century bay window from a merchant’s house and a late 19th century plaster cast of a 1st -2nd century bust of Buddha are displayed for the first time in 60 years. A film of Lahore by students and staff of the National College of Arts has been specially commissioned for the exhibition. Bracelet shown at the Great Exhibition, made in Rajasthan, India, about 1850. Museum no. 120-1852. © Victoria and Albert Museum, London

In 1893 Lockwood Kipling retired from his position in Lahore and moved home to England, where Lockwood and Rudyard often collaborated. The exhibition includes a terracotta tobacco jar designed and made by Kipling in the shape of a bear, inspired by their shared time in India. Rudyard wove his father’s vivid recollections into his stories, many of which Lockwood Kipling illustrated. A range of these editions are on show, including The First and The Second Jungle Book and Kim.

The exhibition concludes with furniture and design relating to royal commissions that Kipling worked on with his former student, the architect Bhai Ram Singh: the Indian billiard room for the Duke of Connaught at Bagshot Park in Surrey and the Durbar Hall at Osborne, Queen Victoria’s summer home. The rooms are represented through film and original designs and furniture, including a pair of standing lamps and a pair of fire dogs designed for Osborne and a chair designed for Bagshot Park, recently acquired into the V&A’s collections. Drawing of a wood carver, from a collection depicting craftsmen of the North-West Provinces of British India, Lockwood Kipling, 1870. Museum no. 0929:56/(IS). © Victoria and Albert Museum, London 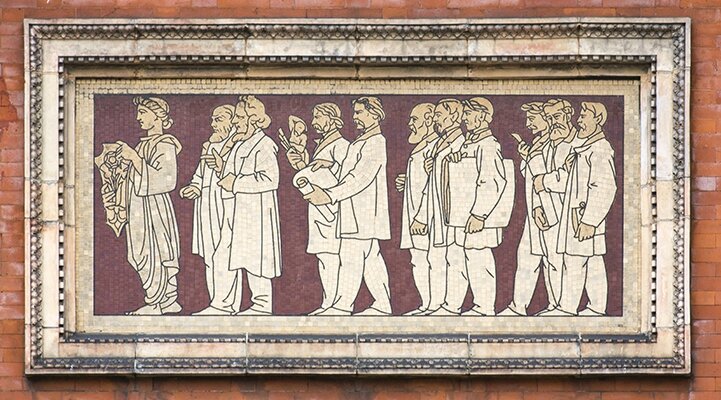 Terracotta tobacco jar and cover in the form of a bear, Lockwood Kipling, 1896. © National Trust/Charles Thomas 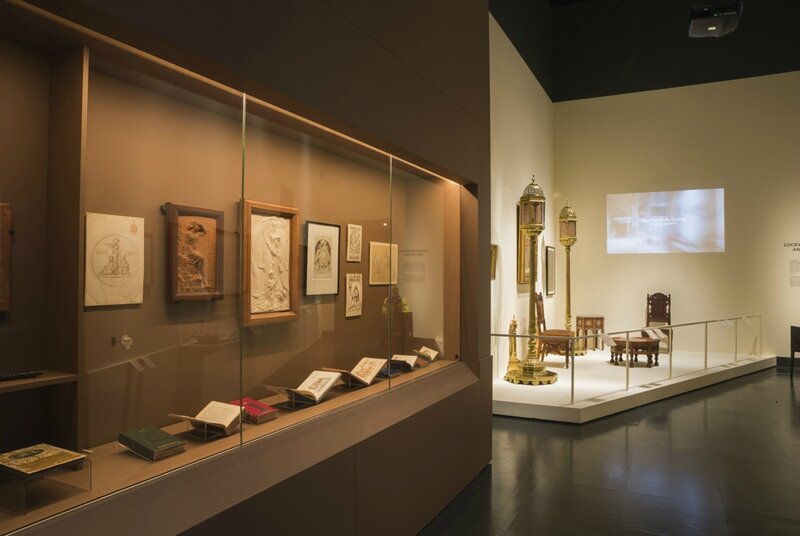