BERGAMO.- Getting to know Lorenzo Lotto: two previously unattributed works, the story of their discovery, national and international loans dialoguing with the extraordinary paintings in the Carrara Academy collection and an itinerary around the city of Bergamo in a project detailing an artist who continues to amaze with every new review.

The exhibition seeks to analyse an important moment in the career of Lorenzo Lotto (Venice 1480 ca. – Loreto 1556/57), a period that coincided with last years the painter spent in Bergamo. From the Carrara Academy to the Basilica of Santa Maria Maggiore, the Adriano Bernareggi Museum and beyond, towards Lorenzo Lotto's works in the city, in places sometimes difficult to access that can now be visited thanks to a network of collaborations. Starting point: an exceptional discovery linked with one of the artist's most famous achievements - the designs for the wooden inlays in the Choir of the Basilica of Santa Maria Maggiore. The Luogo Pio Colleoni in Bergamo is home to an inlay depicting the Creation, until now believed to be an old copy of the one in the Basilica's choirstalls. It is now suggested that this superbly fashioned artefact, as attested to by sources, is one of the preparatory inlays made and worked by Lotto in person. The exhibition starts off with this rediscovered masterpiece, associated with the choir as a pinnacle in Lotto's entire career for its extraordinary narrative and symbolic universe; the inlay has been flanked by two preparatory studies in ink for other major works, one of which is a new discovery and attributed only recently. The exhibition continues by highlighting dialogue between some of Lotto's paintings in the Carrara Academy collections and loans of other works completed in the same period. Authentic masterpieces: from the enigmatic and fascinating Portrait of Lucina Brembati to the Mystical Wedding of St. Catherine from Palazzo Barberini in Rome, which equally reveal that delightful narrative vein and singular aptitude for developing unconventional images that also characterises his work in the years spent in Bergamo. From the Portrait of a Young Man and the presumed Self Portrait from the Thyssen Museum in Madrid to the Assumption from Celana - after many years once again in the forefront of an exhibition dedicated to this artist - that transposes the invention contained in the Creation inlay on a monumental scale. Lorenzo Lotto | Across Bergamo reveals one of the Renaissance artists closest to modern sensibilities, not the least through a series of initiatives open to the general public: guided visits, educational tours for children and teenagers, a publication and a theatre project in January.

Lorenzo Lotto | A New Discovery Realising that an inlay believed to be a copy by Lorenzo Lotto is actually a superbly made original artefact is one of the surprises that the Italian artistic heritage is still capable of holding in store.

This significant discovery suggests new research avenues and helps exemplify Lotto's imaginative and expressive world. This was why the discovery of the inlay prompted the idea of an exhibition focusing on the years Lotto spent in Bergamo, not the least thanks to the core of paintings already in the Carrara Academy, one of the most important collections in the world summarising 30 years of work by the Venetian-born artist: from Portrait of a Young Man in the early years of the century to the Holy family with St Catherine of Alexandria dated 1533. The Creation was designed by Lotto and finished by him in person; it was intended for the inlaid choir of the Basilica of Santa Maria Maggiore. Work began in 1522 and was so original in terms of technique and narrative inventiveness that it generated no other results. The paintings of those years reveal, in colour, the inventive tension characterising this and other inlays. The Mystical Weeding of St. Catherine, the Holy Conversation from Palazzo Barberini or the Assumption from Celana, but also the two fine paintings - albeit of uncertain attribution - with St. Peter crying and Judas returning the thirty pieces of silver never seen side by side, despite sharing a similar taste for narrative enhanced by surprising details given their quotidian nature, for images animated by irregular shadows interrupted by unpredictable lights, as well as bold foreshortening, complex and always varied layouts. Viewed side by side, they confirm Lotto's to be a stimulating narrator capable, like few others, of appealing to modern sensibilities.

Lorenzo Lotto | A profile Lotto was a wandering artist par excellence, although his travels took place in confined areas which he returned to on several occasions. Venice, where he was born in 1480, Treviso, the Marches Region and then Bergamo, where lived from 1513 to 1525. He made an exceptional trip to the Papal Court in Rome between 1508 and 1509. This was an exception because Lotto was not a high society man. His clients were humanists, cultivated religious figures and wealthy merchants. He painted memorable portraits of them, images for private devotion, constantly astonishing altarpieces and fresco cycles. Restless, stirred by a tormented religiosity, which is reflected in some aspects of the Protestant Reformation then in its early days, and incapable of handling his business properly, he died in poverty in the Sanctuary of the Holy House of Loreto, where he had retired. 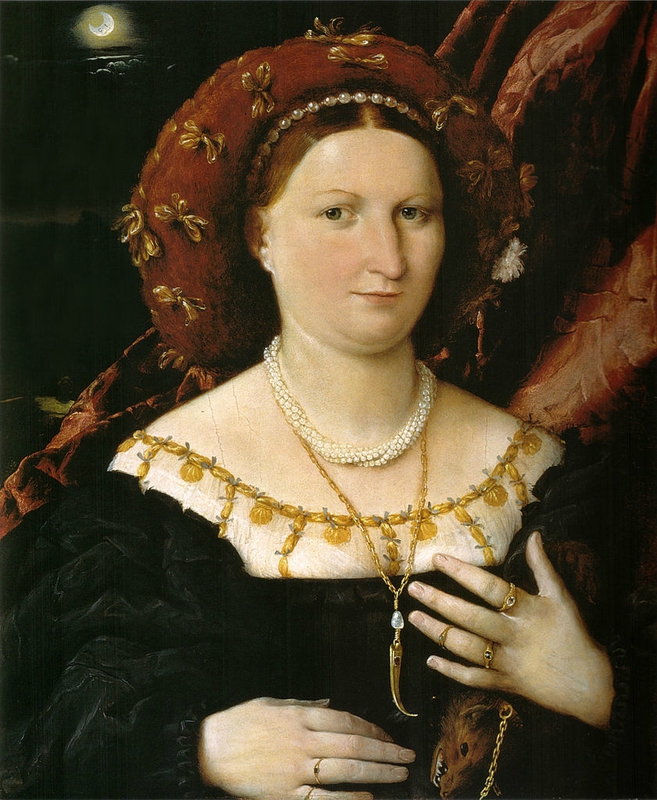