The group is comprised of a tripod li censer cast with a apocryphal Zhengde four-character seal mark, a bottle vase with two loop handles, and a box and cover of square shape, all decorated with Arabic inscriptions reserved on fine ring-punched grounds. The metal has a warm reddish-brown patina.

Note: The Islamic inscriptions on these vessels may be translated as follows: ‘there is no God but Allah’ (censer), ‘glory be to God’ (vase), and ‘all praise is due to God’ (box). The present group of incense vessels decorated with Arabic writings is often associated with the Zhengde reign (1506-1521), when Arabic inscription became a popular decorative motif on imperial porcelain. The majority of the Arabic inscriptions are religious or philosophical in content and many of these are quotations from the Qur’an, such as that on the blue and white porcelain table screen in the collection of Sir Percival David, the inscription on which comes from Surat al Jinn (LXXII) (illustrated by R. Scott in Elegant Form and Harmonious Decoration – Four Dynasties of Jingdezhen Porcelain, London, 1992, p. 70, no. 68). A number of other inscriptions are secular and either indicate the item’s functionality, such as ‘pen rest’, or are mottoes, such as ‘Strive for excellence in penmanship, for it is one of the keys of livelihood.’ It is believed that these porcelain pieces were produced under the influence of powerful Muslim eunuchs in the imperial court. It is interesting to note that incense burning was also a popular practice among Muslims in their religious ceremonies. A very similar incense set is illustrated by Liu Xirong, Zhongding mingxiang (3): Rongzhai qinggong zhenshang, Beijing, 2013, pp. 94-95. Compare also to an Arabic-inscribed incense set sold at Christie’s Hong Kong, 30 November 2016, lot 3394. 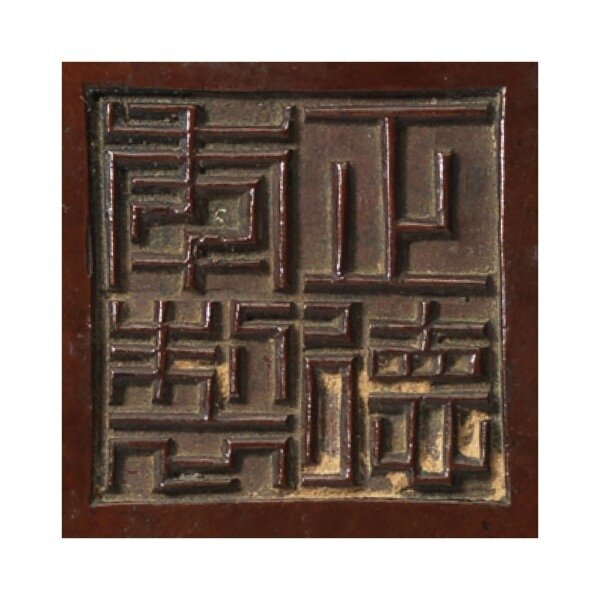