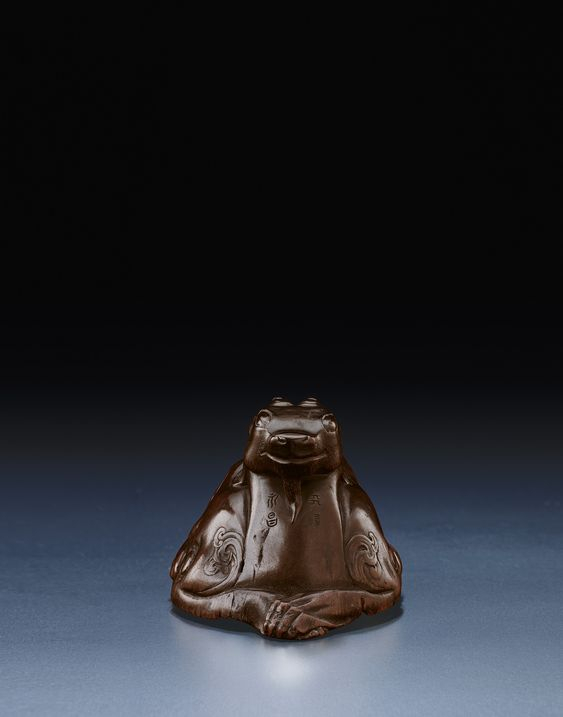 The hollowed cup superbly carved as a powerful full-bodied recumbent deer, its front talon-like feet contentedly crossed at the front below the chest which bears the four-character inscription, Tianlu yongchang, 'Eternal prosperity', its rear legs partially tucked beneath the body which is adorned with ruyi cloud-like swirls, the animal's head naturalistically carved with the horns, eyes and nose slightly raised to act as a stand for the cup, its finely detailed fur and ears swept backwards, with long horns trailing behind and resting on its back to either side of a raised dorsal ridge terminating in a bushy tail falling in curls at the base, the stone of a rich walnut tone lightening slightly to a golden brown colour at the base.