The flattened vessel is carved in high and low relief with intertwined chilong amidst interlocking cloud scroll. The stone is of yellowish-green color suffused with areas of russet, brown and cream..

Note: The present vessel is very rare for its large size and for its extensive use of the natural inclusions in the stone to emphasize the intricate design of the chilong amidst dense cloud scroll. The deeply hollowed, high-sided vessel can be compared to Ming-dynasty rhyton vessels, although the naturalistic shape of the present vessel, which follows the curves of the original boulder, is highly unusual.

Compare, for example, a pale green and brown jade rhyton dated to the Ming dynasty, illustrated J. Rawson, Chinese Jade from Neolithic to the Qing, London, 1995, p. 396, no. 29:8, where the author notes that jade rhytons appear to have been introduced to China during the Han dynasty. 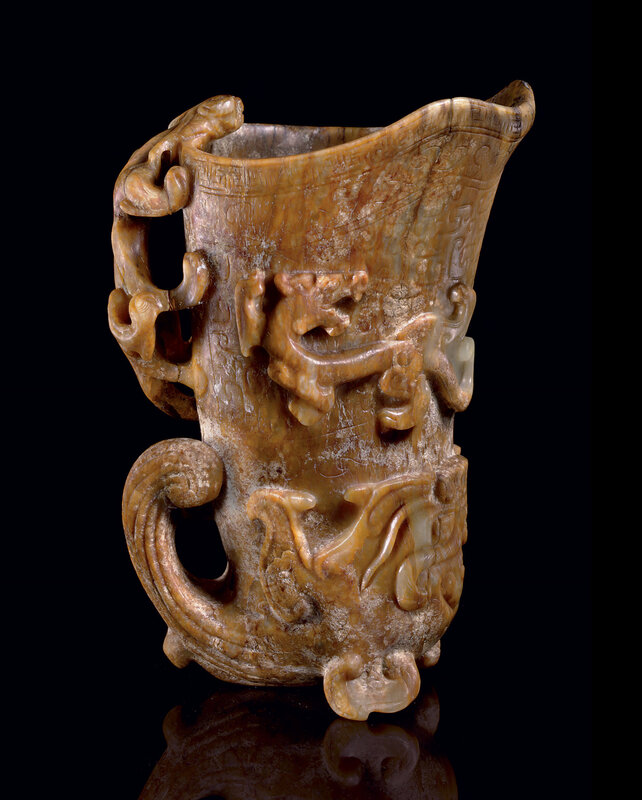