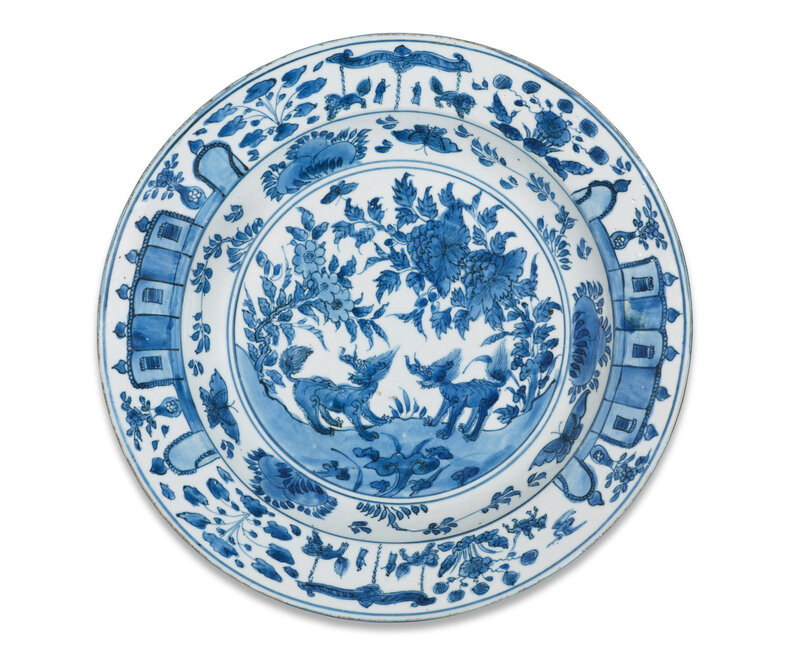 Painted in the centre in vivid tones with two mythical qilin beside towering peony and camellia blossoms, surrounded by a band of butterflies, fruit and branches on the cavetto, the rim decorated with onion-domed buildings interspersed with flowers, figures and Buddhist lions suspended from chains, Japanese wood box.

Compare with a similar blue and white dish with the same motif, Wanli, in the Peabody Essex Museum, Salem, Massachusetts, illustrated by R.Diaz, Chinese Armorial Porcelain for Spain, London, 2010, p.85. The same motif on a jar and a dish but with the double-headed eagle of the Order of St Augustine is also illustrated in Ibid,.pp.80-82. Diaz notes that many interpretations exist about the so-called architectural composition including being read as bottles, ruins, and the towers of a monastery-fortress similar to ones found in Mexican colonial architecture.