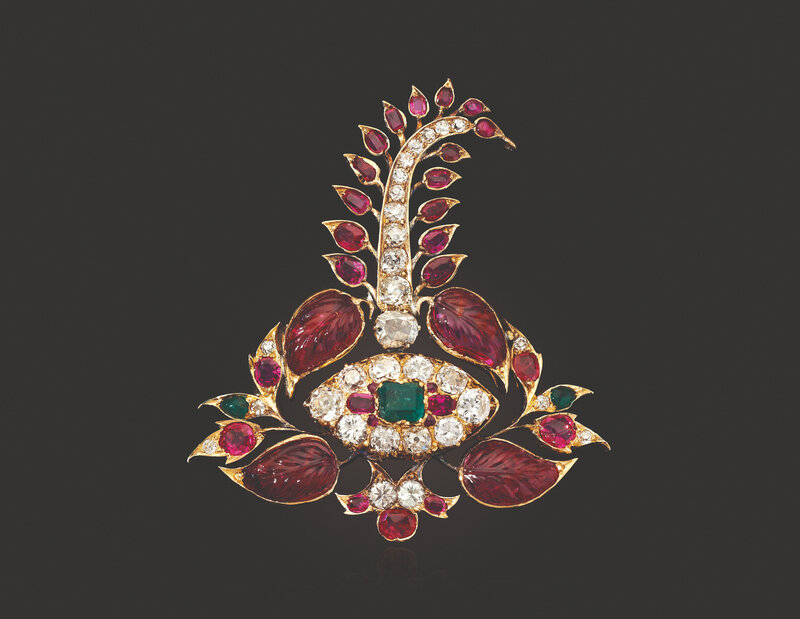 Note: The open gold setting of this turban ornament is indicative of strong European influence during the early 20th century. This jigha is based on traditional elements of Indian jewelry, however, the larger carved rubies and old-cut diamond surrounds are highly European.