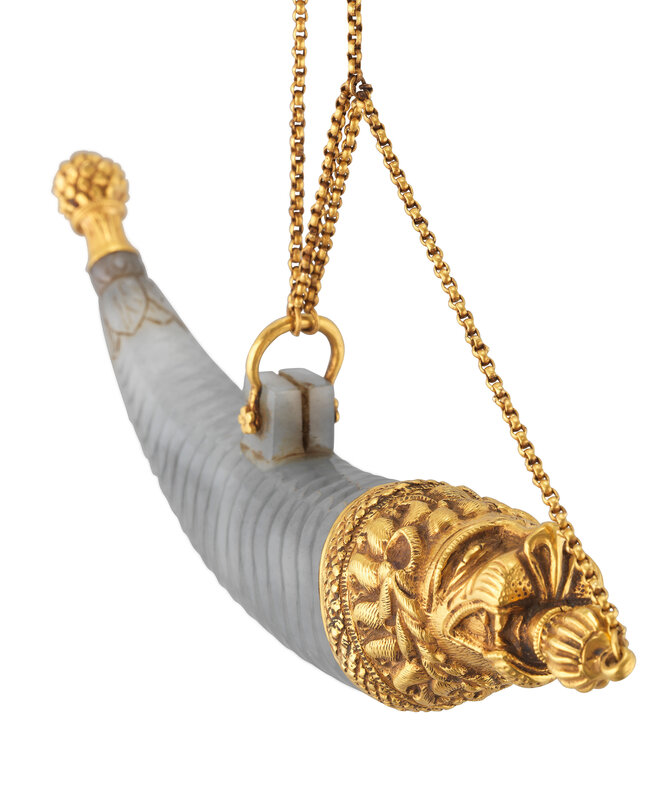 Of curved tapering form with carved wave pattern and foliate terminal, upper suspension ring with attached chain and stopper, with later gold mounts, one in the form of a lion's head, the other a floral bud, box.