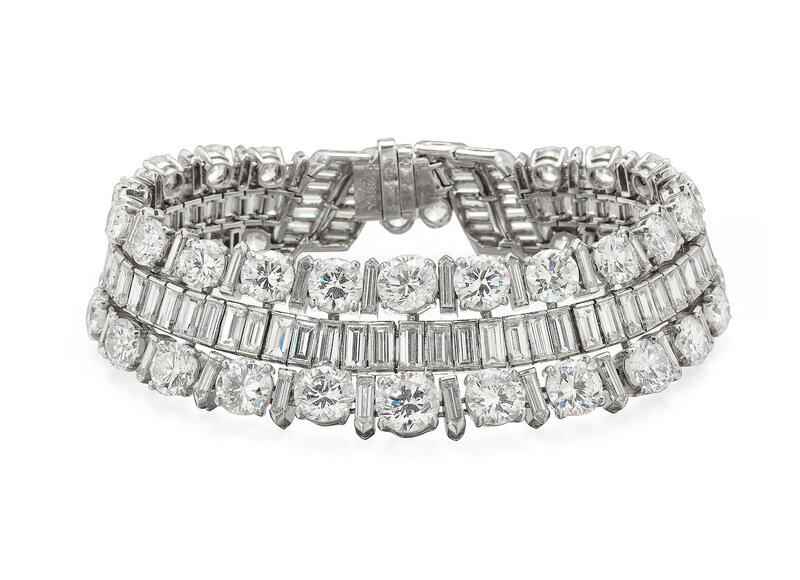 The property of a lady of title.

A set of diamond Van Cleef & Arpels jewels including a necklace of very similar design was given to Princess Joséphine-Charlotte of Belgium, future Grand Duchess of Luxembourg, upon her marriage in 1953. The Princess wore the central detachble bracelet from the necklace as a tiara, a tradition which her daughters and daughter-in-law continued on the occasions of thier subsequent marriages (cf. V. Meylan, Van Cleef & Arpels Treasures and Legends, Antique Collectors Club, 2011, pp.88-89).