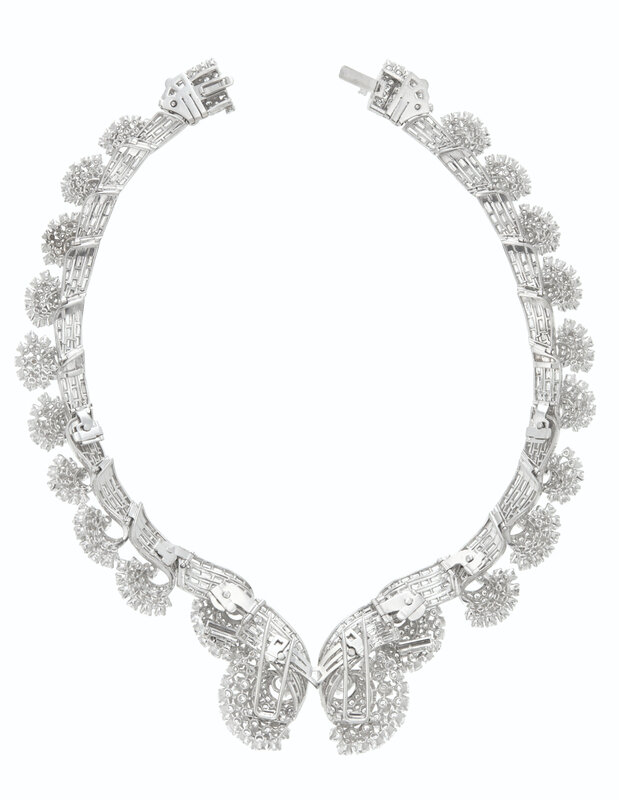 Note: Marie-Thérèse Nguyen Huu Thi Lan was born in 1914 in what was then the French colony of Cochinchina. The daughter of a wealthy merchant, she was sent to France at the age of twelve to study at the famous Catholic school, La Congrégation Notre-Dame in Paris, also referred to as Le Couvent des Oiseaux. Her years spent in France would have a strong influence on her and led to her developing a deep love for French arts and culture. Upon her return to Vietnam, Mariette, as she was best known, met the future Emperor Bao Dai whom she married on 20 March 1934 in Hué. After the wedding, she was given the name of Nam Phương , meaning southern perfume, in reference to her place of birth.

During her reign, she was celebrated for her beauty and graciousness. Each visit of the Imperial couple to Europe was followed by fashion journalists who made of her an icon of style and elegance. Her natural generosity led to her establishing schools for young girls in Vietnam. The first of these schools, located in Dalat, was named Le Couvent des Oiseaux and the education was inspired by the fond memories of her time in France. On 18 June 1945, she was granted the title Empress and continued to devote herself to the cause of her country and people, serving as a member of the Reconstruction Committee for Vietnam after the end of World War II and as patron of the Vietnamese Red Cross.

After the abdication of her husband, the Empress and her five children moved to France in 1947. Separated from the Emperor in 1955, she lived a peaceful and discreet life in Chabrignac, a small village, until her death in 1963.

The diamond necklace presented here is a perfect example of the Empress’ taste. As early as 1935, she and her husband were already important clients of Boivin. Her discerning eye delighted in the bold designs of the jeweler whose visionary spirit she enjoyed so much. Previously, with now-deficient fittings, this necklace could be worn as a tiara, bracelet, pair of earrings or various brooches. A brilliant example of the strong and innovative creations of Boivin, Lot 94 maintains its modernity and elegance decades after its creation.

Previously offered at Christie’s Geneva in 2010, Christie’s is honored to offer this necklace once again.