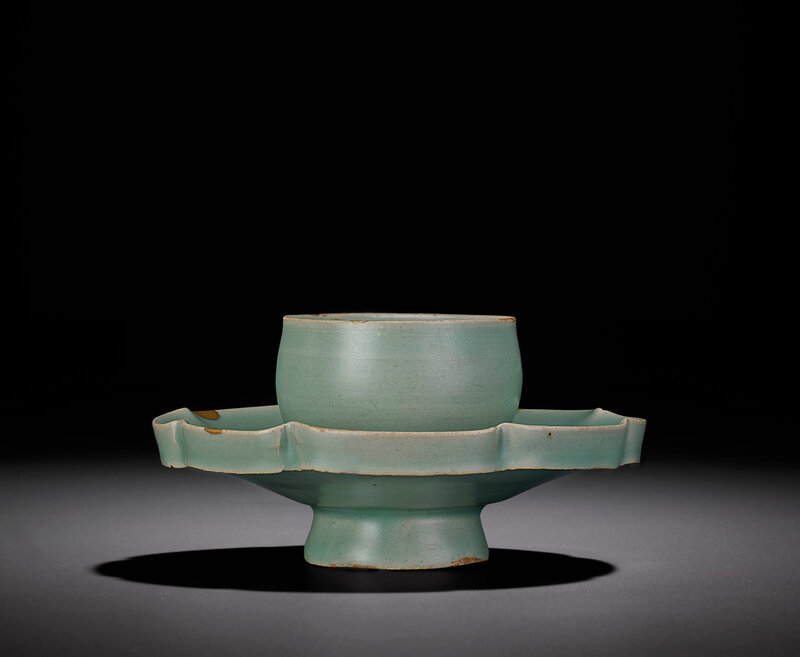 The cup stand is raised on a high, flared foot to an extended flange formed of eight petal-shaped lobes that encircles a central cup-form receptacle to hold a cup. It is covered in a light green celadon glaze with exception of the foot rim, Japanese wood box.

Note: A comparable cup stand is illustrated by G. St. G. M. Compertz, Korean Celadon and Other Wares of the Koryo Period, London, 1963, fig. 3b.