HONG KONG.- Sotheby’s Hong Kong Fine Classical Chinese Paintings Spring Sale on 9 July 2020 will present over one hundred paintings and calligraphy from the masters of the Song, Yuan, Ming andQing dynasties. Highlights include Bamboos, a rare work by Xia Chang, the leading ink bamboo master from the Ming dynasty, as well as Stele Inscription in Running Script, a widely published calligraphy work with impeccable provenance by Dong Qichang. The sale also boasts some of the finest and rarest works from various important private collections, including ‘Ming Dynasty Fan Leaves Collection’, ‘Treasure from the Palace – An Important Private Asian Collection’, ‘The Buddhist Painting & Calligraphy’, among others.

Steven Zuo, Head of Classical Chinese Paintings, Sotheby’s Asia, commented: “Headlining this season’s sale is a rare and extraordinary pair of hanging scrolls by Xia Chang, that together form an eloquent depiction of the movement of bamboo in the wind and encapsulate the artist’s precise, rigorous technique. Also not to be missed is the exquisite Poems in Running Script by Wen Zhengming, an extensive and outstanding calligraphy handscroll which was previously held in the C.C. Wang collection. The appearance of these exceptional pieces on the market, alongside a selection of distinguished works from private collections around the world, will undoubtedly generate a great deal of excitement among collectors.” 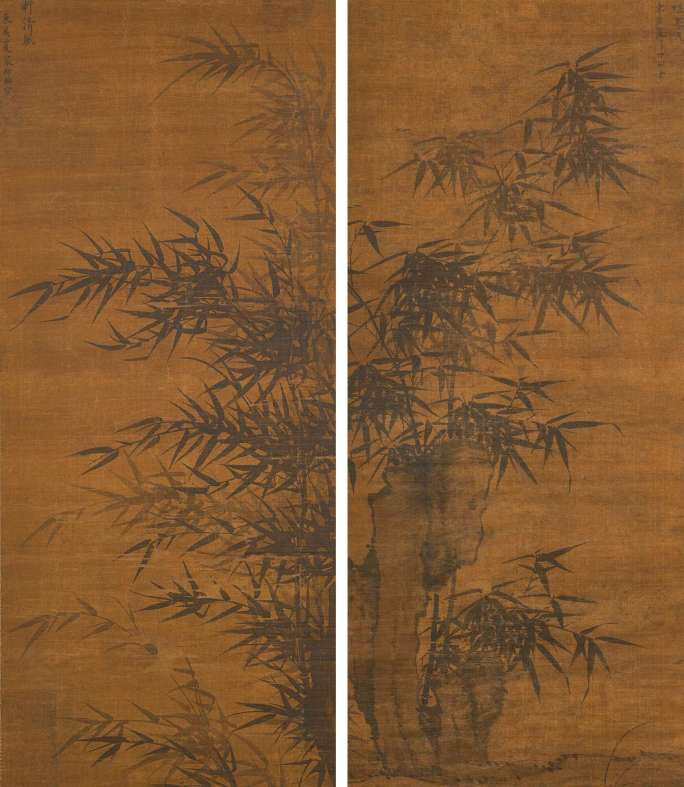 Ming scholar and imperial official Xia Chang is the leading bamboo painter not only of his time but throughout the history of Chinese painting. This elegant pair of scrolls, one depicting motionless bamboos, the other portraying swaying branches, was completed with sophisticated brushstrokes that pulsate and breathe life into the painting. Only a limited number of surviving works by the artist exist today, with themajority held in museums. Ink bamboo paintings by Xia Chang are infrequently seen on the market, and the appearance of large-scale hanging scrolls in a pair is exceedingly rare. This piece has been kept in Japan for hundred years, and was exhibited in The Museum Yamato Bunkakan, Nara, Japan in 2015.

Formerly from the esteemed collection of prominent connoisseur and collector C.C. Wang, this calligraphy handscroll comprising six poems was created by Wen Zhengming, one of the Four Masters of the Ming dynasty when he was 69 (year 1538). In this distinguished work, the fluid and elegant brush movement showcases to great effect Wen’s mastery of brush techniques. This piece was published in the exhibition catalogue, ‘The Pursuit of Antiquities: 40th Anniversary Exhibition of the Min Shiu Society’ in 2001. Dong Qichang is arguably one of the finest painters and calligraphers from the late Ming period. This rare inscription by the artist displays a robust character structure and dynamic brushstokes. With impeccable provenance, the widely published work was previously owned by Qing painter and calligrapher Weng Songnian, famous collectors from the Qing dynasty Kong Ji-xun and Kong Guang-tao, and Chinese artist Zhang Bihan. The poem featured in this work, describing the intersection of two rivers, one clear and the other turbid, was the origin of a Chinese idiom that teaches the setting of clear boundaries between right and wrong. This precious set of calligraphy consists of the manuscripts by the Qianlong emperor and his court official Dong Gao, whom the emperor assigned to document the topography of the rivers. With edits marked by Qianlong himself, it serves as an important historical document demonstrating the studious and inquisitive qualities of the emperor.