POTSDAM - Ideas of escapism, cultural appropriation and historical issues may weave through viewers' minds with the current exhibition Rembrandt’s Orient: West Meets East in Dutch Art of the Seventeenth Century which has been extended to July 18, 2021, at the Museum Barberini, in Potsdam, Germany. It was organized in collaboration with the Kunstmuseum Basel.

Rembrandt and his contemporaries were fascinated by the distant lands from which a great number of novel goods were imported to the Netherlands beginning in the seventeenth century. The enthusiasm for things foreign became fashionable and resulted in a new type of art that combined painted realism with idealized images and fantastical projections. Paintings illustrating biblical stories were also enriched with exotic elements. From today’s perspective, the drawbacks of this way of appropriating the world are apparent: the imbalance of power between cultures, which was manifest in slavery, violence, exploitation, and trade wars, was not represented. Rembrandt’s paintings with “Oriental” touches reflect the Dutch fascination with the exotic. Both true to life and alienated, they represent an alternative realm that contrasted with everyday life in the Calvinist Netherlands. Far from being a playful masquerade, they represent a self-questioning under different conditions. This fundamental aspect of the art is being presented in an exhibition for the first time. This exhibition focuses on how foreign things were depicted in Rembrandt’s age, at a time when the Levant, the eastern Mediterranean region, and Asia were known collectively as “the Orient.” The Eurocentrism that resulted from the movement of Orientalism in the nineteenth and twentieth centuries has contaminated this term today; the possessive form used in the exhibition title, Rembrandt’s Orient, indicates that the show is concerned with the ideas then associated with the term. The artworks exhibited at the Potsdam venue provide evidence of the first wave of globalization and reflect the influence of distant countries on the Netherlands of the seventeenth century. However, Rembrandt is the starting point for all of this. His fascination for “the East” is reflected in his biblical histories featuring Orientalizing garments, in his character studies (tronies) of “Orientals,” and in his collection of exotic objects. Many of Rembrandt’s pupils, including Isaak de Jouderville and Jan Victors, also used fanciful turbans in their biblical scenes. In portraits historiés they even provided the sitters with “Oriental” costumes. Examples in the show by Michiel de Musscher and Ferdinand Bol showing well-to-do citizens posing in such clothing before Persian carpets indicate the role of these items as status symbols. The show also explores the global trade in exotic objects, which brought to the Netherlands porcelain and nautilus cups of the kind that were depicted in still lifes by Willem Kalf and Jan van der Heyden as evidence of a passion for collecting and cultural appropriation. Only a few works of art, however, document concrete encounters between West and East, such as the etching Portrait of Mehdi Quli Beg by Aegidius Sadeler II or the drawing Three Men with a Folio in an Office, which was formerly attributed to Cornelis Visscher II. The fact that the wealth of the Dutch upper class was the result of violence and oppression in the Far East and came at high human cost––including Dutch sailors––was seldom given artistic expression. This aspect can at least be indirectly observed in generic battle scenes by Jacques Muller, Johannes Lingelbach, and Philips Wouwerman. 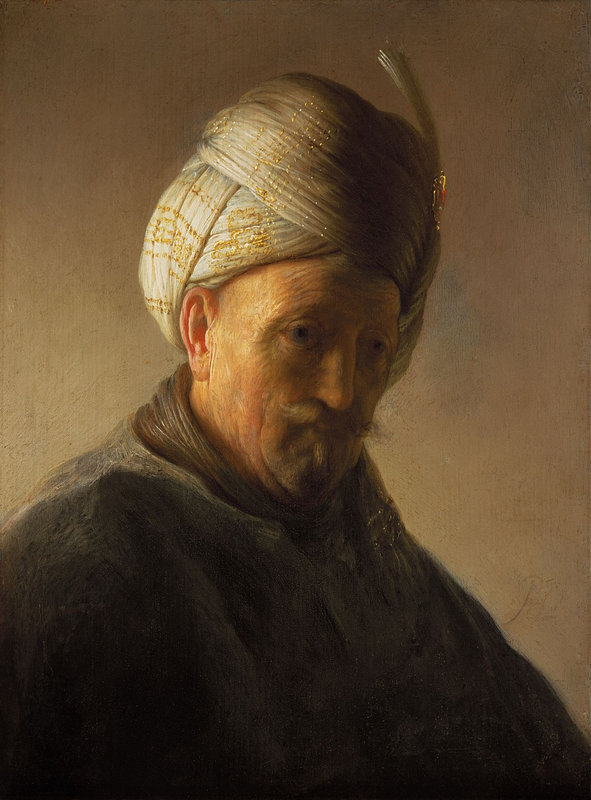 While the “Orient” was present in seventeenth-century Dutch townhouses in the form of exotic objects and clothing, and numerous accounts of journeys to the East were published, few artists of this period actually explored these distant countries themselves. Thus, the “Orient” and the “Oriental” remained constructs of set pieces, stereotypes, and imagination in Netherlandish visual culture of the time. Although foreign things were appreciated and incorporated into Dutch lifestyle, this was for the most part no more than a pose, since there was less real interest in other cultures than in their material manifestations and products, coveted for their preciousness and the associated prestige.

The “meeting” of the East and the West did not take place on equal terms, nor was there a sense of an equal exchange. Foreignness represented an appealing contrast to the familiar, but it hardly aroused a more profound level of sympathy. This was no different in Rembrandt’s case than for his contemporaries, and this attitude––which this exhibition invites us to reflect upon––has not changed in large parts of the Western world. The show offers the opportunity to more closely question this persistent Eurocentrism. 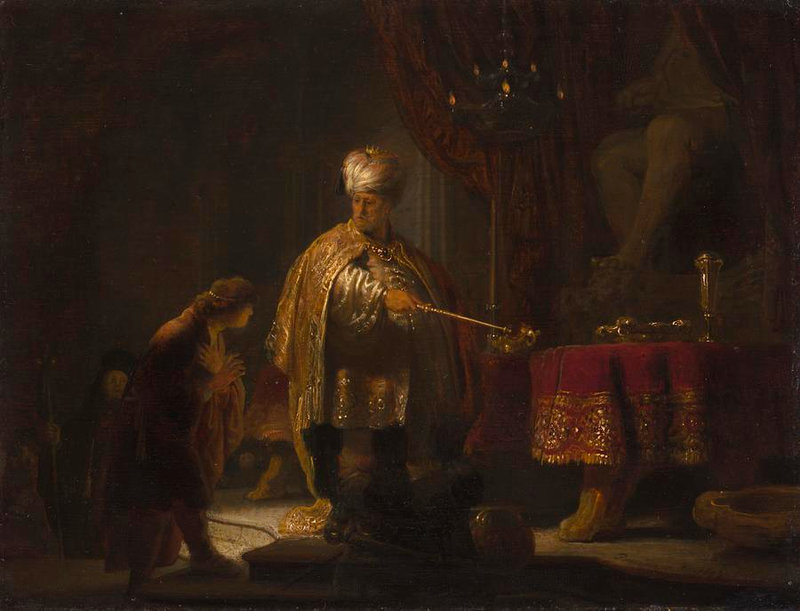 he more than fifty international lenders include the Rijksmuseum, Amsterdam; the Gemäldegalerie Alte Meister, Staatliche Kunstsammlungen, Dresden; the Prado, Madrid; the National Gallery of Art, Washington, D.C.; the National Gallery, London; and the Kunsthistorisches Museum, Vienna. 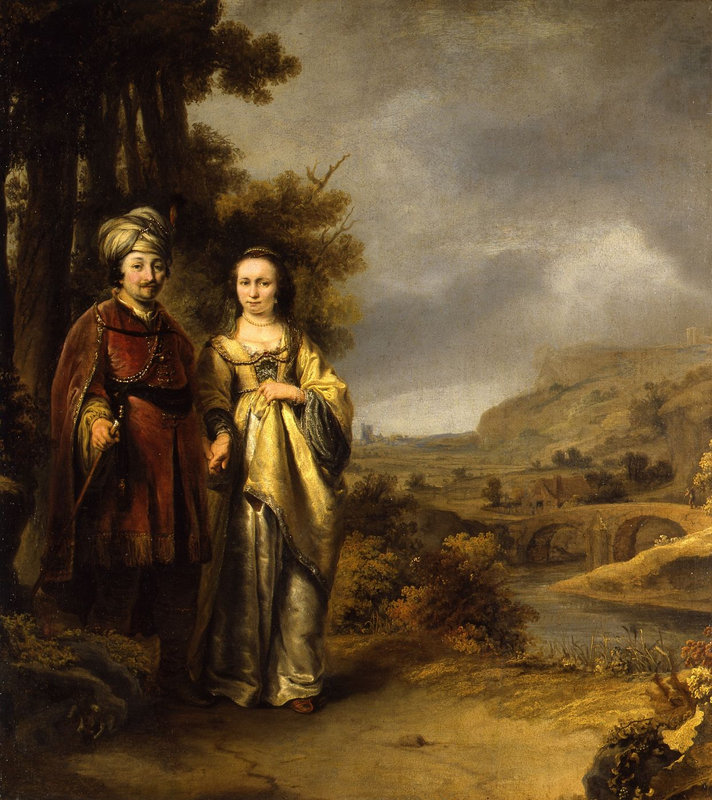