Note: According to the inscription, this statue was commissioned by the second son of the king of the Shanyin state, Zhu Chongliao, and his family during the 22nd year of the Wanli reign. The Shanyin state, in present day Shanxi province, was a fiefdom state during the Ming dynasty. According to the family tree, King Zhu Chongxi inherited the fiefdom from his father Zhu Junshan in 1623. Judging from the generational Chinese naming convention, Zhu Chongliao would be the second son of Zhu Junshan. 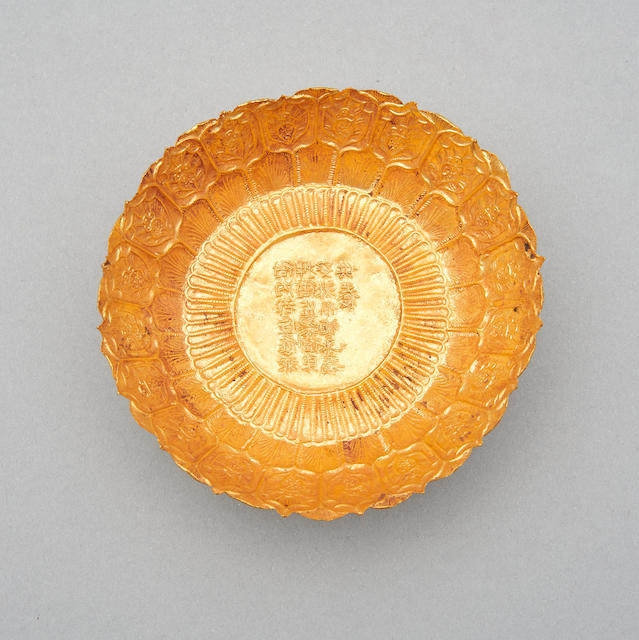 Note: Hairpins made from folded long pins such as this example are called zhegu chai and were popular during the Song and Yuan dynasties. Simpler designs such as plain and ribbed examples are associated with the Song dynasty. Twisted examples, such as those in this lot, emerged as a new trend during the Yuan dynasty, known as 'chi-tiger' pins. The top fold of the pins are chiselled into 'floral' designs, and the first 'twists' immediately below the 'flower', the two 'chi-tigers'. The combination of the flower and the tigers are the most essential elements in such designs. Hairpins during the Song and the Yuan dynasties are made of solid gold, hence are heavier than the later pieces. For similar examples, see Yang Zhishui, Gold and Silver Jewellery in Ancient China, Volume 1, Palace Museum Publishing, China, 2018, pp. 155-56, 211. Note: Images of apsara, goddesses, or child attendants are common design elements of the Song dynasty decorative arts. In earrings they typically appear in three-dimensional form. The two goddesses in this pair stand upon lotus thrones, wavy robes draping from their shoulders. Despite their sizes, the hairdress, facial expression, hands, and the decorating dragon heads are all clearly defined under a magnifying glass. Similar examples were excavated from the tombs dating to the Song dynasty in Jinan and Zhejiang, see Yang Zhishui, Gold and Silver Jewellery in Ancient China, Volume 1, Palace Museum Publishing, China, 2018, pp. 290-95. 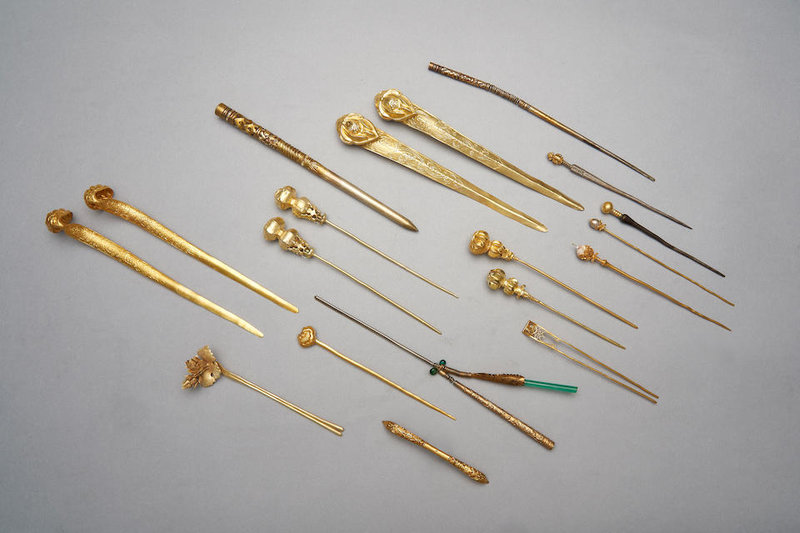 Note: The group of four pointy-legged hairpins with small decorative tops are called huatou zan, or the flower-head hairpin. They were popular during the Song and Yuan dynasties, and a plethora of new designs emerged during the Ming dynasty. Their tops are typically made of gold, connected to silver legs, such as the two pieces from this group. More elaborate examples included pearl or precious stone insets, comparable to two from this group. To compare two similar excavated pieces with almost identical designs to the two silver-legged examples, see Yang Zhishui, Gold and Silver Jewellery in Ancient China, Volume 2, Palace Museum Publishing, China, 2018, pp. 417-18 for similar hairpins to the 'flower and pearl' pin in this group, see Christie's, Masterpieces of Early Chinese Gold and Silver, New York, 12 September 2019, sale 18338, lot 578 and lot 579.

The 'shuttle'-shaped hairpin in the lot is of one of the most unique designs primarily produced during the Qing dynasty, and is named bian zan, or flat hairpin. It is used to pin through a chignon, displaying both of its terminals, hence the sharp ends and the narrow waist. For similar pieces, see Yang, ibid., pp. 798-99. 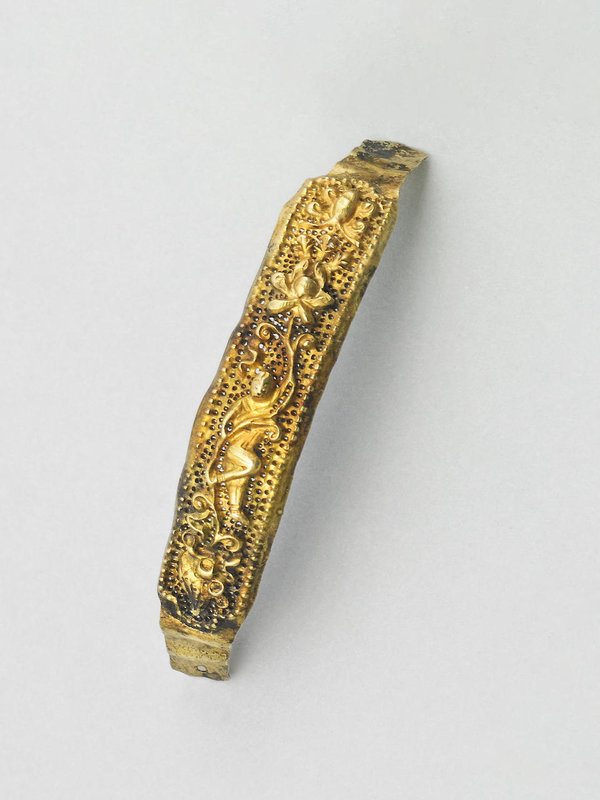