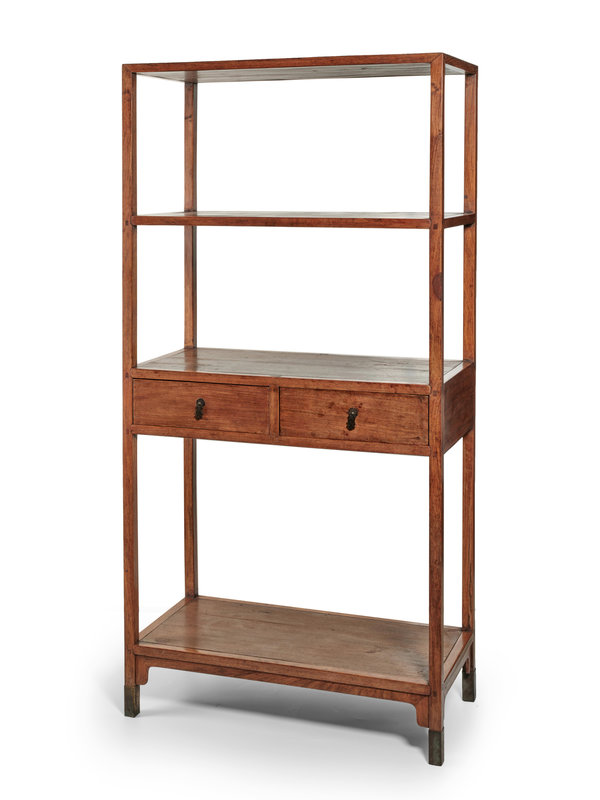 Each of rectangular form and standard miter, mortise and tenon construction, the slender square corner posts framing the softwood top panel and three shelves, one of which surmounts a pair of drawers, the corner posts extending to form the foot reinforced with metal straps, joined by plain spandreled aprons.

Note: It is very rare to find huanghuali bookcases of this type as a pair such as the present lot. Although bookcases and open-shelf stands are often referred to as shuge (bookcases), educated social elites would also place art objects on the shelf, hence it is more appropriate to refer to such open-shelf stands as jiage, the basic forms of which are discussed by Wang Shixiang, Mingshi jiaju yanjiu, Beijing, 2007, pp.165-166. Jiage with open shelving fulfilled two roles, as it allowed scholars to create elegant displays of scholar's objects and also functioned for storage of albums and books.