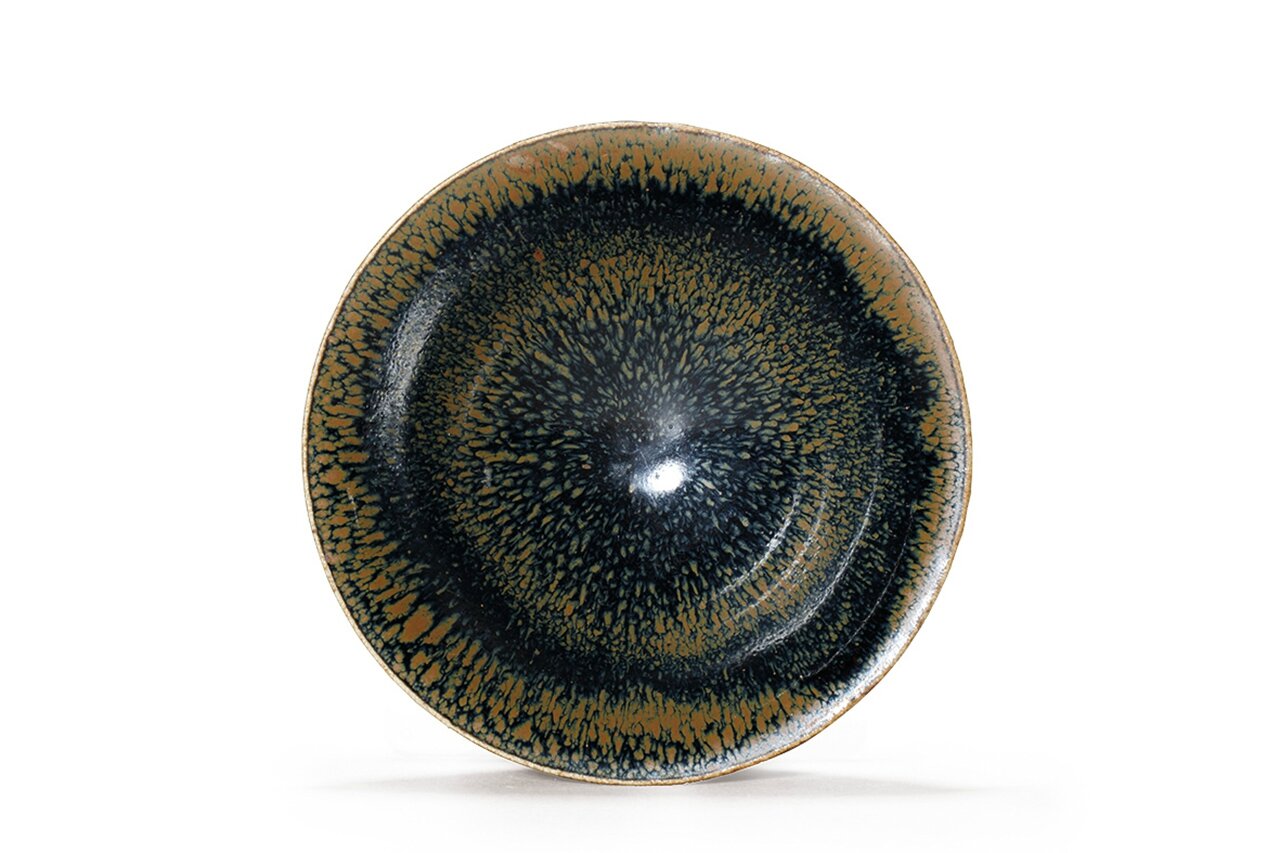 This teabowl is shaped like a douli bamboo hat, its rim is curving slightly outwards, and it rests on a small round foot. The inside of the bowl is finished with black glaze grained with rust-colored streaks, brought out by burning the high-iron glaze at high temperatures. The visual effect is pleasant to the eye and invites fancy reveries. On the outside, the textured black glaze extends one third downwards from the edge. This kind of decorative streaked black glaze is typical for Song dynasty Cizhou ware, and during the Song/Jin period this technique had reached a high level of maturity and popularity.
MD: 12 cm