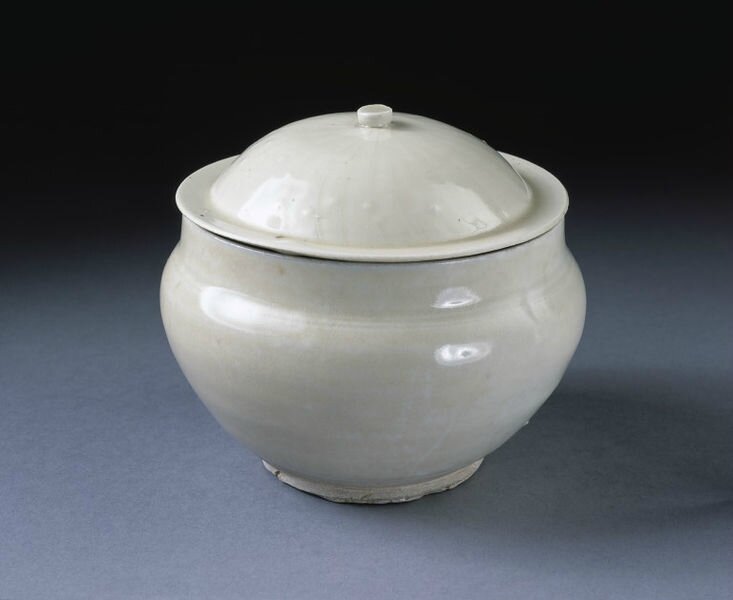 This lidded jar is an example of Ding ware, made in Hebei province in China during the Northern Song dynasty (960-1127). Ding wares were among the earliest true porcelains to be made made in China, and indeed in the world. The term porcelain refers to ceramics made from a mixture containing a clay called kaolin and a white stone called petuntse, which was fired at high temperatures. Porcelains differ from other ceramics in their impermeability, whiteness after firing and fine texture.

The shape of this jar suggests that it was used in a practical way, for storing salt needed for the preparation of brick tea. It would have been kept well away from the kitchen in order to protect the salt from absorbing any cooking odours or fumes.