Balthus at the Bank Austria Kunstforum

Balthus at the Bank Austria Kunstforum Vienna (LCG) - Balthasar Klossowski de Rola (1908-2001), called "Balthus", is one of the great loner among the painters of the 20th century. The exhibition - the first comprehensive retrospective to Balthus in Austria - illuminated his work of dealing with the early Renaissance through the work within Surrealism and New Objectivity, between France, the German-speaking countries and Italy, up to the study of Oriental art. Balthus' painting has never questioned the objectivity, it adheres to a mysterious and eerie aura that evokes the fantasy worlds of our childhood - and sometimes not without even a certain cruelty.

Using subtle nuances evoked Balthus a solidified, subtle harmony, just as he himself formulated: "I always want something extraordinary to look at the ordinary; propose, not to determine to leave always something mysterious in my pictures. " Balthus' interests are diverse and extend to the theater - to costumes and scenery for Artaud's "theater of cruelty" in 1935 astonished the rococo designs, created in 1950 for Mozart's "Così fan tutte" for the festival in Aix-en-Provence.

Never Balthus has a grouping plays, be it alone can be seen in the distance to the Surrealists, with which it connects, although the desire for provocation, but their anchored in the subconscious and dream artistic activities he rejected that. Balthus is the "order" obligation, which places him in the vicinity of the painting of the New Objectivity. Its always structured imagery feeds not only from the Quattrocento, but also from the French classicism of Poussin or Ingres. When he retires in the early 1950s from the Parisian society by Chassy Burgundy-Morvan, this aspect of its design language reinforces. From 1961 to 1977 Balthus resides as director of the Académie de France at the Villa Medici in Rome, representative and organizational tasks restrict his activities as painter. So he tends to drawing, photography also is used as an artistic medium. The painter focuses in his late work on female nudes - the preferred theme of his life - and the landscape - this time in dealing with the Chinese mood landscape. The archaic atmosphere of his pictures and their quasi standing outside time protagonists remains Balthus always connected. He works slowly and had, like his brother Pierre Klossowski in 1957 said of him, "a breathing rhythm, which is (the) agriculture driving companies own and unrelated to the industrialism of our world in harmony."

The exhibition is a collaboration with the Scuderie del Quirinale and the French Academy, Villa Medici, in Rome. 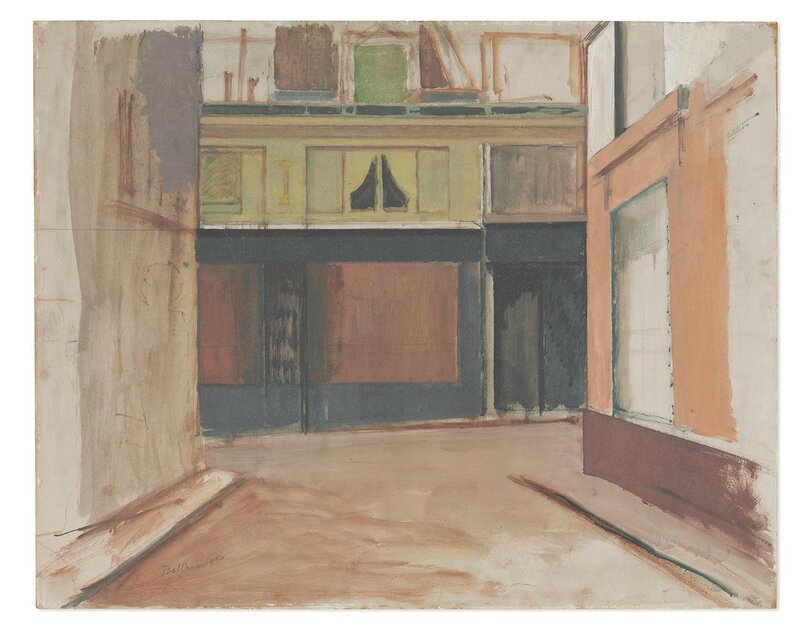