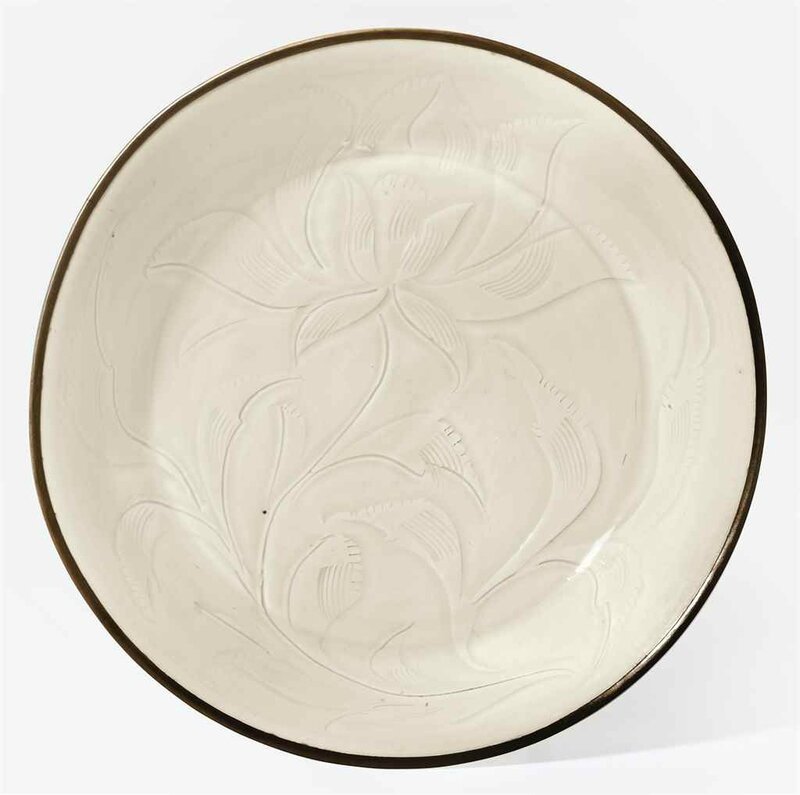 The dish has angled sides rising from a broad base supported on a short foot to a flaring rim which is bound with copper. The interior is skillfully carved and combed to depict a single leafy lotus sprig. The dish is covered in a pale ivory glaze pooling in areas to the base, part of which is unglazed and fired to a slightly warmer tone, double box

Note: The companion to the present dish, also formerly in the collections of Edward T. Chow and Linyushanren, was sold in The Classic Age of Chinese Ceramics - The Linyushanren Collection, Part I; Christie’s Hong Kong, 2 December 2015, lot 2816. (Fig. 1). Another Ding dish with carved lotus spray meandering towards the right is in the Meiyintang Collection and illustrated by R. Krahl, Chinese Ceramics from the Meiyintang Collection, London, 1994, vol. 1, p. 205, no. 362. A third similar Ding dish is illustrated in A Dealer’s Hand: The Chinese Art World through the Eyes of Guiseppe Eskenazi, London, 2012, p. 284, no. 273. Compare, also, a related Ding dish carved with a peony spray on the interior and peony scroll on the exterior, illustrated by Tsai Meifen, Decorated Porcelains of Dingzhou: White Ding Wares from the collection of the National Palace Museum, Taipei, 2014, p. 86-87, no. II-41. 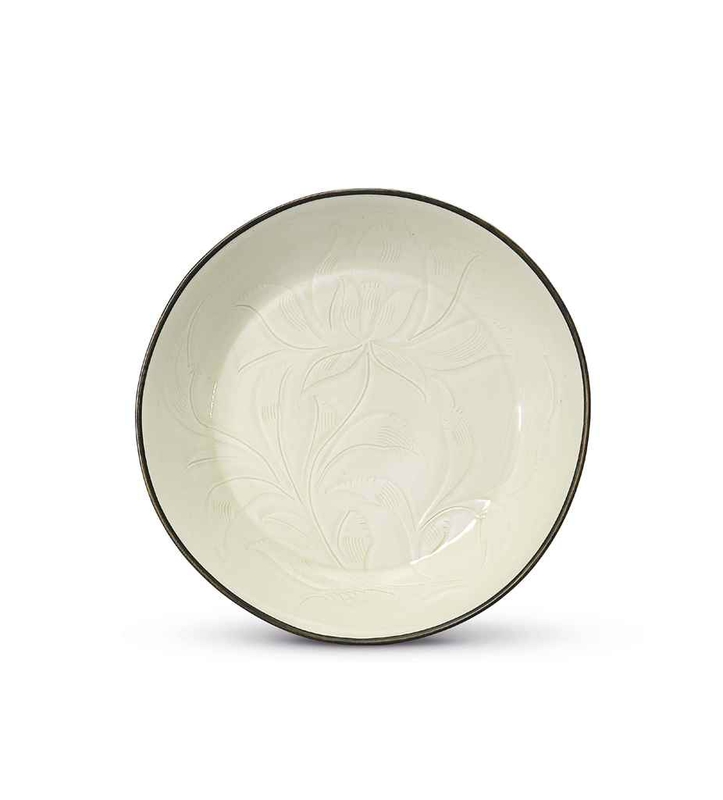 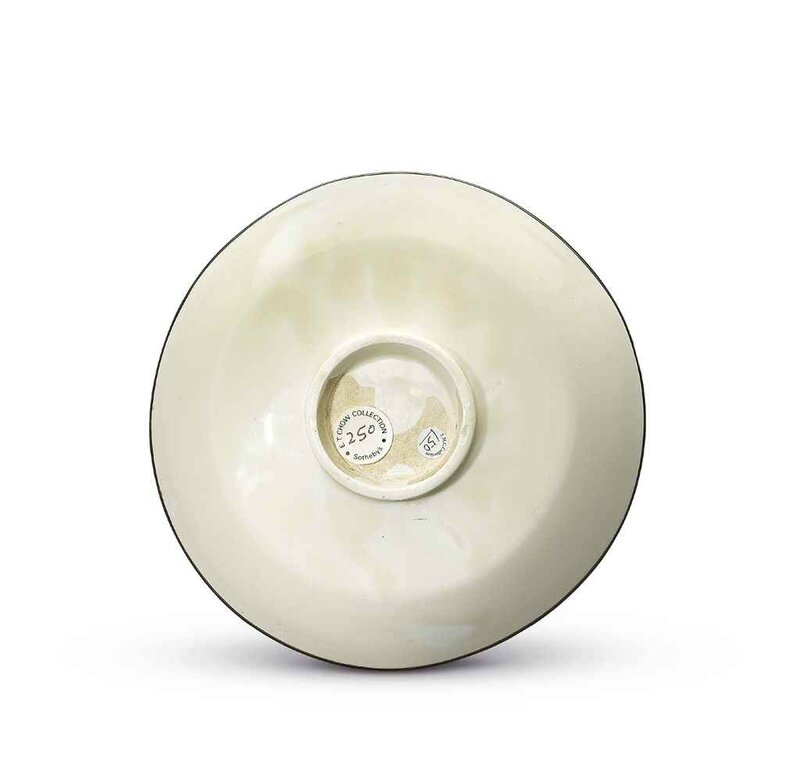 It is interesting to note that excavations at the Silongkou Yue kiln site have revealed dishes of similar form and design from the Southern Song stratum (see Silongkou yueyao zhi (Silongkou Yue Ware Kiln Site), Beijing, 2002, pp. 108-113). In order to assert his legitimacy to the throne, the Southern Song Emperor Gaozong made huge efforts to re-establish the Northern Song imperial rites and court life after fleeing to Hangzhou. According to the Southern Song official book, Zhongxing lishu (Book of Rites in the Age of Revival), in the 1st and 4th year of the Shaoxing reign (1131 and 1134), the Southern Song court ordered Yuezhou and Shaoxingfu Yuyaoxian to produce ceramic ritual vessels for the imperial sacrificial hall. Gaozong not only ordered local Yue kilns to make ritual vessels but also to produce wares for daily use in the Northern Song imperial style. A shard of a Southern Song Yue ware dish of very similar form and design bearing a yuchu(Imperial Kitchen) mark, found at Hangzhou, is illustrated by Jin Zhiwei, ‘Yuchu zikuan yueci zaitan’ (Study of Yue Wares BearingYuchu Marks), Palace Museum Journal, 2001, no. 1, pl. 8.