This Buddha is seated in the 'padmasana' lotus position with his hands in 'dhyana' mudra the gesture of absolute balance. The figure emits a sense of vastness and serenity in meditation. Simply dressed in a long, low slung robe which covers his legs, exposing his chest and tied at the waist. His shoulders are covered by a long cloak, which also covers his arms and thighs. These clothes are strikingly covered in gilt and patterned with designs which have been carved into the gesso the inside of the clothes are painted in red. The areas of skin have been painted in naturalistic hues, and the tight curls of the hair on the buddha's head have traces of the original blue paint. The eyes are made of black glass and create a dramatic effect. 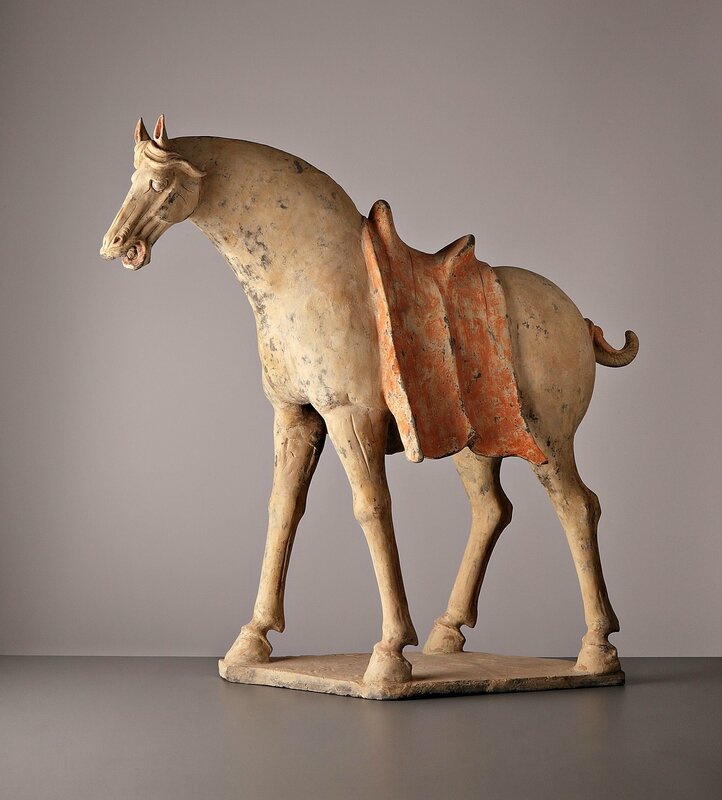 A carved lacquer dish, the central panel featuring a Buddhist Lion (shizi). The depiction of these creatures gradually made an interesting metamorphosis, from early scary guardians to cartoonish and playful beasts. Here it frolics amongst beribboned Hundred Treasures (baibao), a popular decorative motif. Geese were not farmyard animals, so not depicted as often as chickens or ducks. According to the yili- one of the four writings on Confucian ritual matters- the proper gift to offer a father when requesting a daughters hand was a goose. A very appropriate gift, as they mated for life- making them symbols of marital happiness.