A Kashan underglaze-decorated pottery aquamanile in the form of a bull, Persia, early 13th century

A Kashan underglaze-decorated pottery aquamanile in the form of a bull, Persia, early 13th century 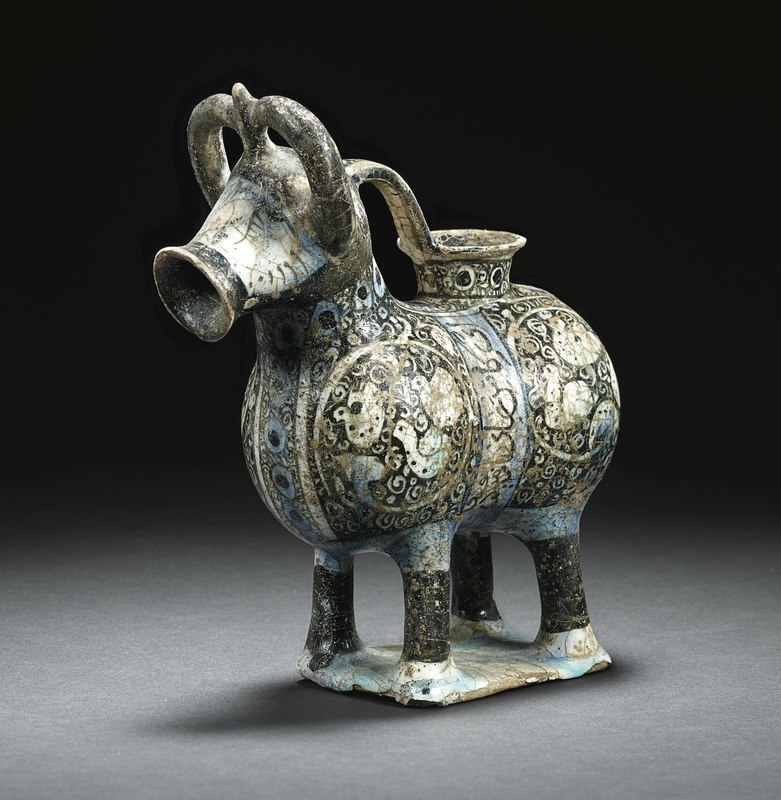 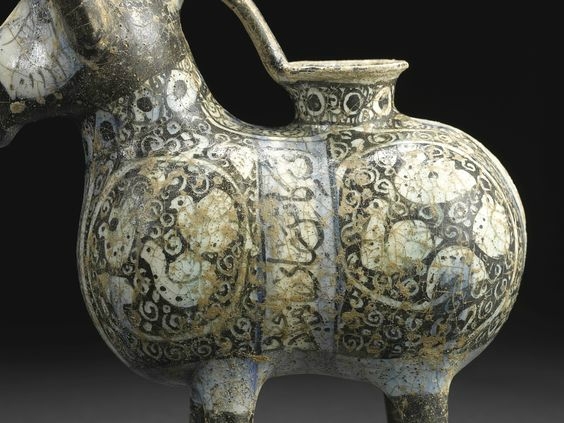 composed of fritware, made in a mould in the shape of a bull, painted in underglaze cobalt blue and black with stylised birds amidst foliate motifs, with an inscriptive band around body, short spout on back, with handle leading to head with tall curved horns, mouth designed as large circular opening, on four straight legs; 20.7 by 17 by 7.5cm.

inscriptions: ‘I wish you were a place of repose’, a Persian verse from a quatrain of ‘Umar Khayyam repeated. .

Note: A large number of human and zoomorphic pottery figures were made in Syria and Persia, particularly in Raqqa and Kashan, during the twelfth and thirteenth century. The presence of openings on the back and through the muzzle of this delicate bull figurine points towards a Persian attribution (Gibson 2012, p.28). The combination of different tones of blue and black, combined with dense scrolls and dotted patterns, recalls a group of plates attributed to Kashan, probably Sultanabad (Watson 2004, p.373).