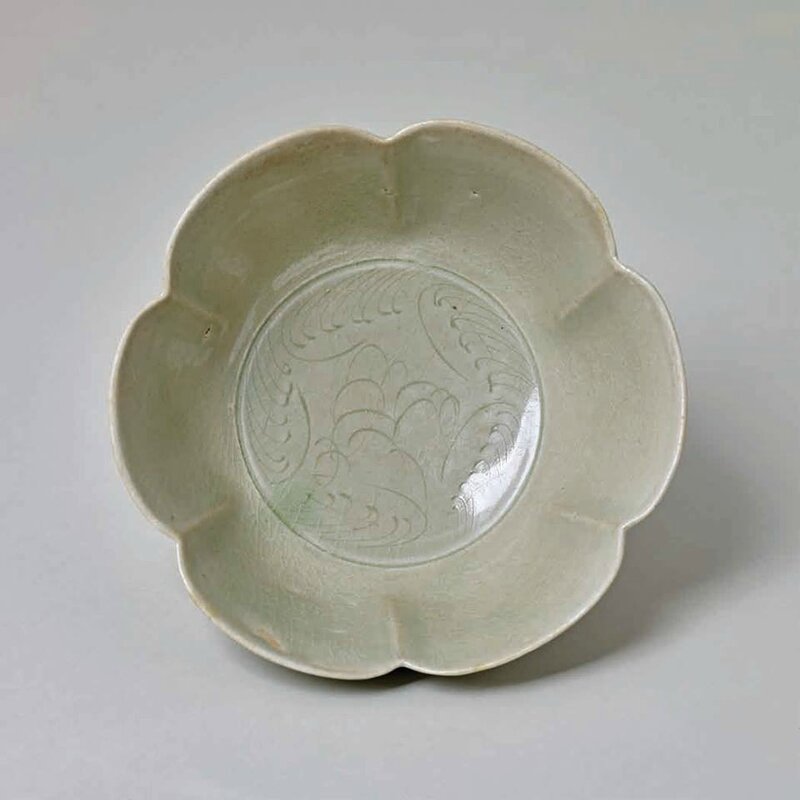 A stoneware bowl with steep walls formed into six petal-shaped segments with foliated rim. The interior of the broad, flattened bottom is decorated with highly stylized incised floral and cloud decorations. The piece is covered in a pale green finely crackled translucent glaze of ideal color. There is a small area of brownish discoloration and another area of glaze crawling near the interior rim. The foot is tall and straight and is glazed over all. There are three spur marks from the firing supports and a small area of glaze crawling under the foot, which fired to a russet brown color. Repaired chips to the foot and mouth rim.

It is commonly believed that six-petaled bowls are from the Song, rather than Five Dynasties, however exceptions to this idea are widely published. Two other six-lobed examples are published in Wenwu’s 2010 publication Tianbo: Wuyue Relics Essence pgs. 44-45 and pl. 93-94.